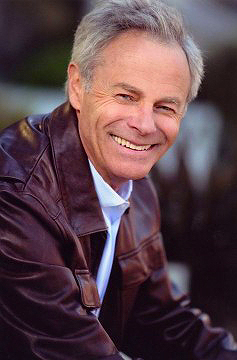 MALIBU—Actor Tristan Rogers may be well known to fans of ABC’s “General Hospital,” however, he’s being introduced because he’s much more than his “GH” character Robert Scorpio. The prolific Australian born actor currently stars as Colin on CBS’s number-one daytime drama “The Young and the Restless” and on the web series “The Bay.” I recently caught up with the legendary actor, who was very open about the fact that he’s loving his life and career and is proud to call CBS his new home.

When asked about the iconic role he portrayed on “General Hospital” for decades, he smiled and replied, “I love that show. I still have so many great memories of my time there and the fans have never forgotten my time in Port Charles. But I’m equally as happy to have joined ”˜Y&R’ and that Maria Bell and the Bell family have offered me a home here.” Home is where the heart is, but fans’ hearts are wherever Rogers is currently inhabiting. Longtime fan Wayne Lawless tells Canyon News, “I was initially very shocked by Tristan playing a bad guy like Colin. After being such a standup and honorable character as Robert Scorpio on ”˜GH’ all of these years I was not sure I would like his character, but it’s growing on me.” Rogers laughs and says, “I don’t think Colin’s going to be a very bad guy. Sure he’s not Robert, he’s a man with a past and mob ties down under, so he’s not going to be perfect, but I think it gives the character more depth and it sure is a lot of fun to play him. Besides, the acting on this show is superb.” Rogers’s recent performance receives the same description from his costars and millions of viewers.

Fans will accept Tristan in almost any role, because he’s capable of doing such great work as an actor, they will grow to love him in any part. Now on “Y&R” with the mega talented Maria Arena Bell, Tristan is hoping that fans get to see what other things Colin may be keeping secret from the characters who live in the fictitious Midwest town of Genoa City. “I think Jill and Colin are genuinely in love. The loss of his son Cane really showed viewers that Colin was not a bad guy, but a guy who has made bad choices. Perhaps that may change, then again, we’ll have to wait and see. I’m thoroughly enjoying the role and being on such an esteemed show with a top notch cast, and I get to work with some of television’s best and brightest, both on-screen and off,” said the actor.

Rogers is equally as impressed by his cast and the show’s creator of “The Bay.” “Wow, what can I say? Gregori [Martin] took this dream of his and revitalized the dramatic serial. He found an audience on the Internet and he’s cultivated the fan base and he’s also brought on such fabulous actors and crew. It’s amazing what people can do with a dream. Right now, my kids, my wife Teresa and entire family and I are feeling blessed to have me working and loving the work. I am here as long as Maria (Bell) will have me. Already I feel like it’s home,” concluded Tristan Rogers.