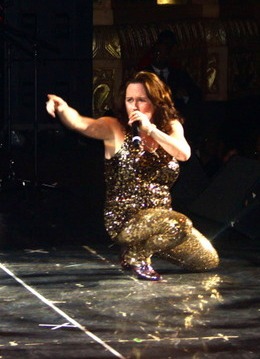 SANTA MONICA—R&B singer and songwriter Teena Marie passed away Sunday, December 26, in her Pasadena home. The Santa Monica native was 54.

According to police, authorities were called into her home at approximately 3 p.m. after Marie’s daughter found her unconscious. The transcript of the frantic 9-1-1 call her daughter made has since been released. As of press time, authorities have not made public the possible causes of her death. An autopsy report has been scheduled.

Born Mary Christine Brokert on March 5, 1956, Marie had many nicknames throughout the years, most notably “Ivory Queen of Soul” and “Lady T.” The R&B songstress was born and raised in Santa Monica, and began to sing professionally at the age of 8. Marie attended Venice High School and was surrounded by Motown music throughout her childhood. Soon after graduating from high school, Marie signed with Motown Records, where she became the protÃ©gÃ©e of legendary soul artist Rick James. She and James would later on go on to collaborate on one of her most famous songs, “I’m a Sucker for Your Love.”

Other famous singles of Marie include “Lovergirl” and “Portugese Love.” Two of her albums, “Irons in the Fire” (1980) and “La Dona” (2006), are certified gold and two other albums, “It Must Be Magic” (1981) and “Starchild” (1984), became certified platinum. Her career continued on to 2010, after her the release of her last album from the previous year, “Congo Square.” She made numerous of appearances in Las Vegas until her death.

When the news broke of Marie’s death, many celebrities took to their Twitter accounts. R&B artist Mary J. Blige tweeted, “Tina Mari [sic] inspired me vocally as a child. Her songs I sang in the mirror with a hair brush.”

Singer Lenny Kravitz posted a self-made video on his YouTube account that detailed his personal relationship with Marie. In it, Kravitz remembers how Teena Marie took the artist into her home when he was struggling early in his music career at the age of 16.

“I just want to say that Teena Marie was a treasurer”¦ a genius”¦ underrated,” said Kravitz in the video. “I wouldn’t be here if it wasn’t for Teena”¦ she changed my life.”