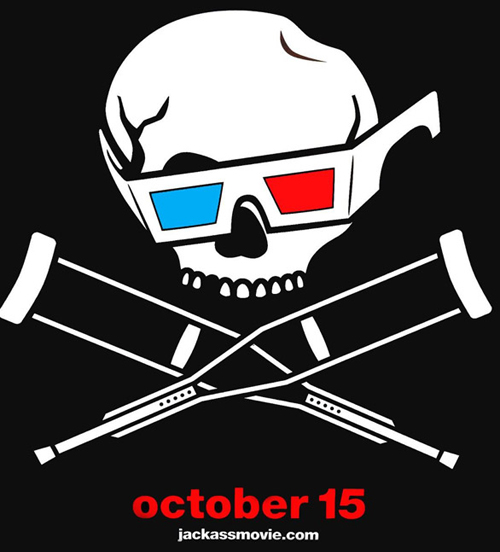 HOLLYWOOD—I have to admit that the thought of going to the premiere of “Jackass 3D” was not on my short list of films to see this year. However, being such a huge fan of Bruce Willis and Morgan Freeman, I knew I’d be able to recommend that readers should go to see “Red,” where the two leading men star opposite Academy award-winning Helen Mirren, in a CIA action film. That film is excellent, but for the sake of our younger readers I had to give “Jackass 3D” a chance.

The film is a disaster, but that’s what the “Jackass” franchise is all about. It’s a disaster in all the right ways. Director Jeff Tremaine really outdid himself in this amazingly hilarious film, that I suggest you go to the theater wearing kneepads and a helmet, along with your 3D glasses. In the 3D-genre, virtually every prop used by the characters ends up two inches from your nose and the laughter inside the viewing room pours out to the lobby.

The ruckus is nonstop, with Johnny Knoxville leading the cast as himself. Steve-O, Bam Margera, Chris Pontius, Jason AcuÃ±a, Preston Lacy and Dave England all return in what is the funniest couple of hours I’ve spent in a theater in years. The stunts and skits are really over the top in 3D, but it doesn’t detract from the great comedic timing these guys have managed to master. No, they are not great actors or even big stars; however, they are a comedy team just the same as Laurel and Hardy or the Marx Brothers.

Knoxville is especially charming and engaging in the film, adding a great new dimension to comedy. There were times when I did cringe and wonder if being hit in certain body parts would be that painful, but while the imagination starts to wander, the great script and titillating comedy and action in the film take your mind right back to the what is going on in the movie.

Action and comedy is what this film is all about. It’s not one that anyone over 55 would probably find too funny, but having grown up with over-the-top comedies on television and in movies, I’d certainly add this to my short list of outlandish and entertaining comedies worth the price of a movie ticket.

“Jackass 3D” receives Three out of Five Stars from this reviewer.

The film opened on Friday, October 15, in theaters across the nation.