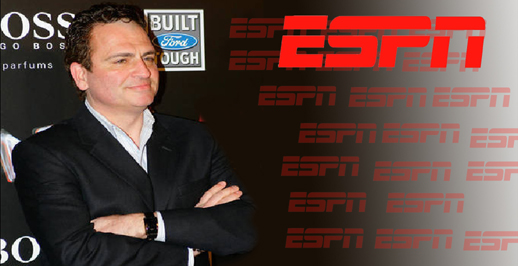 SANTA MONICA—Popular ESPN sports personality Jay Mariotti was arrested for felony domestic assault early Saturday morning, August 21, in his Venice apartment. Mariotti and his girlfriend were allegedly involved in a domestic dispute that left his girlfriend with “marks on her arms,” according to the Los Angeles Police Department.

Jay Mariotti, best known as a columnist for Fanhouse.com and frequent panelist on the ESPN show “Around the Horn,” attended a Santa Monica nightclub with his girlfriend Friday night. According to police, sometime while at the club Mariotti was involved in a minor altercation with the woman after he suspected she was flirting with another patron of the club. The arguing continued at Mariotti’s apartment in Venice, and it was during this period that a more serious altercation occurred between the couple in which he grabbed her arm, leaving minor marks. LAPD’s Pacific Division responded to the initial call from the apartment and arrested Mariotti at 4:30 a.m. on Saturday morning.

Mariotti has come under fire for writing articles for the AOL sports website Fanhouse.com criticizing many professional athletes for their violent conduct, both on and off the field. One of Mariotti’s articles from August 14 of this year is entitled “For Acts of Violence, MLB Much Too Soft” where he criticized a player for his violent behavior during a baseball game.  Mariotti also previously wrote for the Denver Post and the Chicago Sun-Times prior to working with ESPN.

FanHouse Editor-in-Chief Scott Ridge stated on the website, “We are in the process of gathering the facts, and we have no further comment at this time.” ESPN spokesperson Josh Krulewitz stated that they are also “looking into it” and declined to comment further.

Mariotti spent Saturday morning at the 77th Street LAPD jail before being released on $50,000 bail. He is scheduled to appear in court on Friday, September 17, at 8:30 a.m.