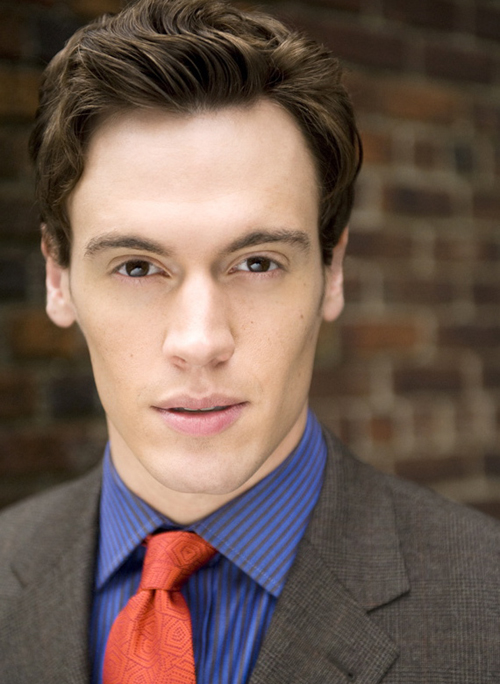 HOLLYWOOD—Erich Bergen recently completed a three-year run starring as Bob Gaudio in the Tony and Grammy Award-winning “Jersey Boys,” as part of the Los Angeles, San Francisco, First National Tour and Las Vegas companies. Other recent credits include “Gossip Girl” (CW Network), “White Christmas” (Pantages Theatre), and “A Funny Thing Happened On The Way To The Forum” (Reprise). In 2009, he co-produced, directed and served as musical director for “Las Vegas Celebrates the Music of Michael Jackson,” a benefit concert that raised $118,000 for music education in Nevada public schools.

“Erich Bergen, as Bob Gaudio, is the show’s breakout star. With his lanky good looks and vibrant intensity, his charisma feeds off the spotlight,” said Charles McNulty in his Los Angeles Times review of “Jersey Boys.” Steve Freiss said in Las Vegas Weekly, “Bergen has a youthful and affable presence, an ability to play with audience expectations, a willingness to take risks and a confidence that does not come across as arrogance.” And, Bonnie Priever at Examiner.com said, “Erich Bergen is a star on stage … a fresh, promising, musical talent.”

Bergen’s self-titled solo CD will feature new studio recordings of original compositions in the pop genre, along with live tracks recorded during three sold out Las Vegas appearances at the Liberace Museum in April 2009. The disc will be available for purchase at the upcoming Los Angeles and San Francisco club dates, and available October 1 at Amazon.com, CD Baby, iTunes and other digital music outlets.

The Inner Circle at The Magic Castle (7001 Franklin Ave. in Hollywood) will host Bergen’s California club act debut on Wednesday, September 15, at 8 p.m. (doors open at 6:30 p.m.). Tickets are on sale now, at $15 for Magic Castle members and $25 for guests; there is VIP seating available for $50, which includes a copy of the CD, a post-show reception, meet and greet and a champagne toast. Reservations can be made at boxoffice@magiccastle.com or by calling 323-851-3313, ext. 303. Attire at the Magic Castle requires jackets and ties for gentlemen, and absolutely no denim.

Admission to The Magic Castle is limited to those over 21 years of age.

The Magic Castle, located at 7001 Franklin Ave. in Hollywood, is the world’s most famous club for magicians and magic enthusiasts as well as the home to The Academy of Magical Arts, Inc. Known worldwide as the showplace for some of the greatest magicians from around the globe, its latest artistic contribution, the Cabaret at the Castle, has also become the cabaret stage at which to appear in Los Angeles and whose recent performers have included Carol Channing, Florence Henderson, Lee Roy Reams, JoAnne Worley, Jason Graae, Ilene Graff, Rachel York, and the recent addition, once a month, of the popular New York hit Cast Party with Jim Caruso and Billy Stritch.