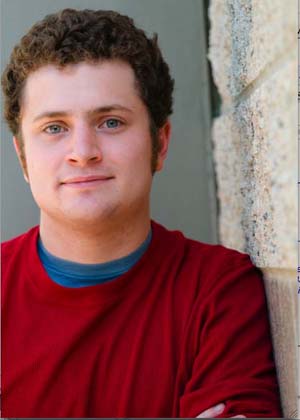 HOLLYWOOD—HELLO AMERICA!  A new group of gifted artists are slowly arriving in Hollywood from different parts of the world to make their dreams come true.  Jimmy Morgan is one of those who is determined to make his name stand for something that will earn him the kind of applause that opens the door to success.  After hearing his response to my questions concerning his objectives and the reality that he seems not to be afraid to face, makes one believe he is ready for the challenge.

MSJ:  When did you first discover that you might enjoy appearing on stage or in front of a camera?

JM: I think I really first discovered that I would enjoy being on stage and in film professionally sometime in college. I had been acting since middle school, but I mainly did it because it was fun, different and a great way to meet cute girls. But as I continued studying theatre in college, I was surprised at how much I truly liked it. I couldn’t find another field of study which sparked so much joy, and for the first time in my life, I could actually see how much I was improving as an actor. I wanted to see just how far I could go.

MSJ:  As a youngster, did you have film or theatrical favorite actors and who were they?  What about them excited your passion to become a part of the theater or film industry?

JM: Growing up, I was always a fan of the old Jimmy Stuart movies. The characters he portrayed always seemed to appeal to me as the everyman trying to do the right thing. I think it was these stories of right and wrong that really attracted me to acting.

MSJ:  What kind of world did you grow up in that incited your desire or need to make a contribution, creatively?

JM: I guess it was just a need to be, and to do something different. In my high school, about half the freshmen went out for sports, and for some reason that didn’t appeal to me. I didn’t have anything against the football team; I just didn’t want to do something that everyone else was doing, so acting was a way to set myself apart from the rest.

MSJ:  What did it feel like the first time you appeared on stage in front of an audience?  What did you learn about yourself?

JM: I was surprised at not only how much I enjoyed being on stage and performing a character, but at the fact that I was able to go on stage at all. At that point in my life, I was a very shy kid, and tended to stay out of the spotlight. Acting, not only gave me the opportunity to create funny or dramatic characters, but allowed me the opportunity to express parts of myself in ways that normally would have been completely uncomfortable.

MSJ:  What do you think is missing in films and in the new play-works being offered currently?

JM: The major thing I think that is lacking is the number of them. Yes, there are playhouses and festivals, which do support new works from aspiring writers and directors, but they are few in number. I believe there needs to be more opportunity for people to discover and cultivate their talent, as well as show it off to the world, and not have to worry about being the “starving artist.”

MSJ:  What kind of actor do you want to become and why?  Are you mostly interested in comedy or would you like the opportunity experiment in serious drama, as well?

JM: I think it’s most actors’ goal to become a performer who can portray anything, whether it be comedic or dramatic. I love making people laugh, but I also enjoy making them think about themselves and the world they live in. If I can become an actor who is able to successfully do both, that would be ideal for me.

MSJ:  What is it about life that frightens you?  Does “Hollywood” intimidate you in any way, as far as casting directors, producers or even other actors who come across as overpowering?

JM: To me, what’s frightening about Hollywood is how big it is, and how it seems that everybody is involved in the entertainment industry in some way. In other cities, you overhear conversations involving teachers, doctors, businessmen, attorneys, etc. In Hollywood, it’s difficult to get a drink at a bar and not overhear how someone’s audition went or what their next project is going to be about. I mentioned earlier that acting was a way to set myself apart from the rest, so to be directly involved in an industry that involves everyone in the city is intimidating.

Casting directors, producers and other actors, can and will, seem overpowering and abrasive at times. It’s unavoidable and unfortunately that’s just how a lot of the business, entertainment or otherwise, works. I’ve learned not to let that aspect of Hollywood bother me. If it did, I’d probably be one of the countless actors who left, after their first year here.

MSJ:  Since you’ve been in Hollywood, what have you discovered most about yourself?  And was the discovery disappointing?

JM: I discovered that I am in fact a very lucky person. I’ve maintained a strong group of friends during my time here, found semi regular part time work in a horrible economy, and have constant moral support from my family and friends back home. The only thing that I would say that I’m a little disappointed in is that I haven’t acted nearly as much as I would like (but what new actor in Hollywood can’t say that?). I’m just happy that I’m still out here taking positive steps pursuing a very challenging and competitive career.

MSJ:  When you look in the mirror, who do you see, and how does it make you feel?

JM: I tried thinking of an answer different than my previous one, but the fact of the matter is, I see the person in the mirror as someone who is a very lucky person, and fortunate to have the opportunity to pursue a difficult dream. I see someone who has a very long and difficult path ahead of him, but willing to follow it, as long as humanly possible. I don’t see him as someone who is just an actor, but also a hard worker, stubborn as hell, and tries to do the right thing. Ultimately, I’m very happy with who I see in the mirror, and look forward to working with him in the future.