UNITED STATES—Former Vice President, Joe Biden announced his bid for President of the United States of America on Thursday, April 25.

Biden, 77, has been the state representative of Delaware for 36 years and served two terms as Vice President under President Barack Obama.

In the months leading up to Biden’s announcement, pictures of Biden being overly affectionate to young women surfaced. Leading up to the campaign Biden spoke publicly saying, “I’m not sorry for anything I’ve ever done.”

Biden was the Chairman of the Senate Judiciary Committee when Anita Hill testified during the confirmation hearing for U.S. Supreme Court candidate Clarence Thomas who she accused of sexual harassment. Biden has expressed regret of not doing more to support Hill during the 1991 hearing. According to the New York Times, after 28 years, Hill said, “I’m sorry is not enough.”

Biden released a YouTube video announcing his candidacy with the message:

“America is at stake. We are in a battle for the soul of this nation.”

Video footage depicts hate crimes, members of the KKK, white supremacy and Biden criticizing President Trump’s reaction to it. Biden spoke of the “core values of this nation” and used the slogan, “America is an idea.”

He is a supporter of Obamacare, big government, and pro-abortion in all nine months of pregnancy. Biden has not yet been endorsed by former President Obama. 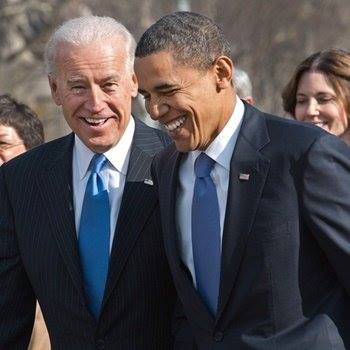 “Welcome to the race, Sleepy Joe. The President said. “I only hope you have the intelligence, long in doubt to wage a successful primary campaign. It will be nasty-you will be dealing with people who truly have some very sick & demented ideas. But if you make it, I will see you at the Starting Gate!,” tweeted President Trump.