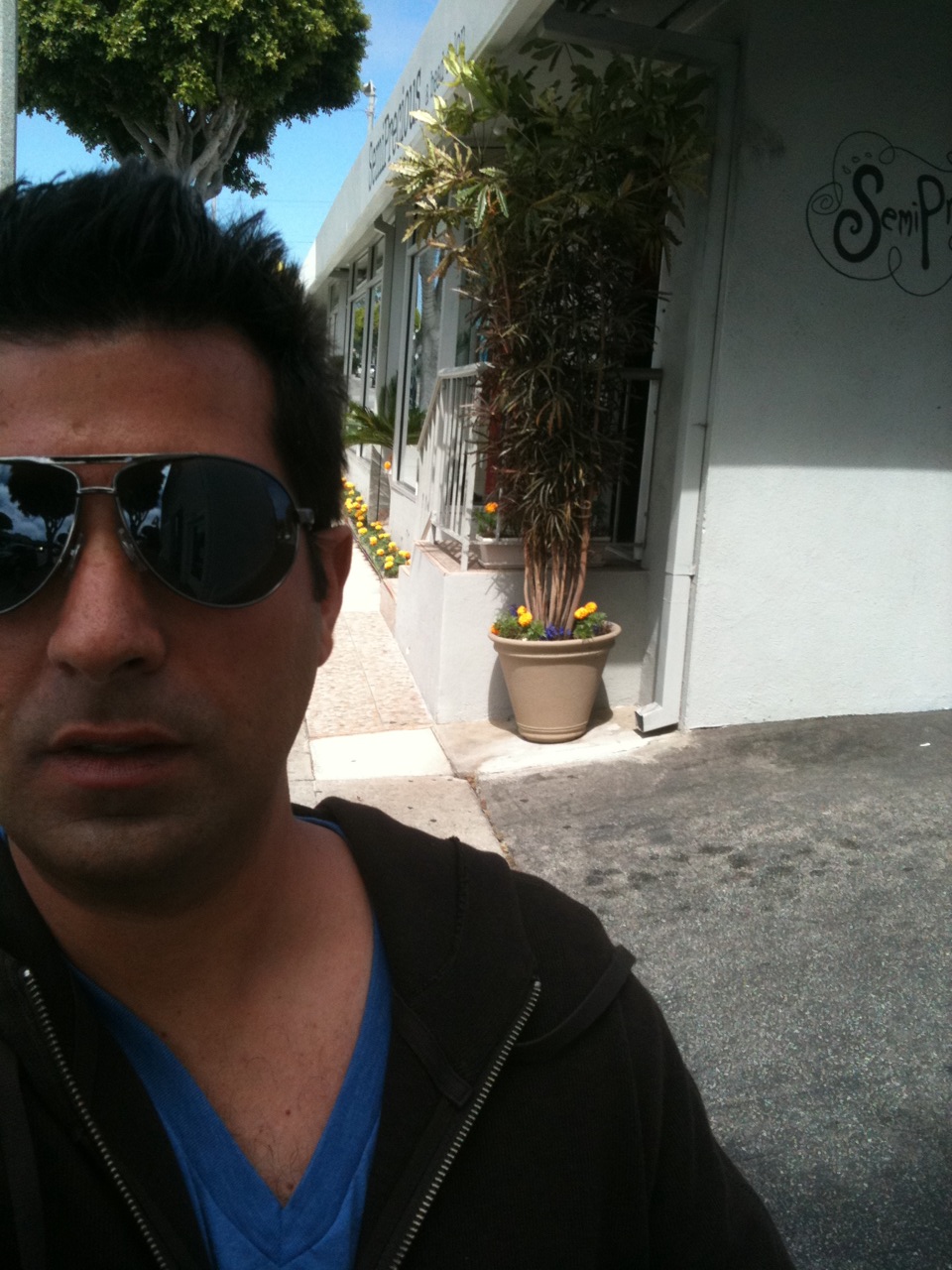 HOLLYWOOD—Hello America! For quite some time now, I have been scouting the film and TV industry and talking and interviewing  new young actors, writers, musicians and producers. They will, no doubt, be the ones who will continue stirring up the cinematic magic that we all have grown to expect from Hollywood. John Rota, without a doubt, is one of the most exciting newcomers who is destined to be recognized and remembered as one of the most gifted of his generation. Talking with John is one of those moments that I will never forget.

There are a plethora of other challenges that go along with taking an idea, book, or script from the page to the screen.  It is an uphill battle more often than not, especially for independent films. But for many, it is a battle worth fighting, and as you win a few of them, the rest become a little easier as the path is forged.  But beyond the packaging, the financing and all the pieces one must pull to get a project up and running, it’s a belief in what you are doing that matters the most.  The film could be huge, or it could flop, the production may fall apart or [it will] never happen, but each experience is a lesson and ultimately helps one move forward to the next step with more data to bring to the next project. It’s a win-win situation because true success is all about exploring something new, expanding your comfort zone and improving.  If you have these things, than the monetary reward is inevitable.”

To your question, here is an odd example that stood out to me:  When I was living in New York, there was a three-year period where every film included a crazy, chaotic destruction of the city in some way.  Either an Alien ship blowing up the Empire State Building or a giant monster wrecking everything in its path, the city was the focus of much destruction.  Then on 9/11, it was like the films came to life.  Beyond the shock, disbelief and sadness, I remember thinking: this is like Independence Day or something, except it was all too real.

Of course the films were not responsible, but the more you put something destructive out there, over and over, the chances of it manifesting become greater.  Just like your thoughts, keep thinking the same thing and eventually, it will become real.  Even on smaller levels, whatever the media permeates society with, will become the perception, and our collective belief in that perception makes it ”˜factual.’

This is most prevalent in television news; a particular network’s angle of a story can influence the average person’s opinion. What becomes ‘common knowledge’ may in fact be completely false. There is no denying the power of media.  Life does imitate art just as art imitates life. If you see the media saturated with an energy that promotes a prosperous future, a flowing economy, a harmonious people and an overall peaceful vibration, reality will reflect the vibe.  I am not saying we should do away with big explosive blockbuster films, that will never happen anyway.  But within that proven entertaining context, we can try to be mindful of what we create, and realize that it does have a deep impact on everyone. The world needs positive influence now more than ever.  If we can be an example, the rest will follow.  Or we [can] at least blow up another city on film”¦ leave NYC alone for a little while.”

In the past few years, I’ve diversified and expanded. In my career, I’ve done mostly TV development and production [and] lately I’ve delved into website consulting, developed a Twitter application, writing online columns, and have taken my long-form skills into the branded entertainment arena.

Within the branding realm, we’ve started a multi-media production company called Alexandria. Branding and Digital Marketing has a proven effectiveness that is continuing to get more important and necessary for market survival. It is economical and can reach a vast audience on an interactive level. Today it is about consumer engagement, people want to engage; no one wants to be given the hard sell [rather] they want connect and socialize with a brand.

I also recognize the importance of transmedia; it is extremely fascinating.Multi-platform storytelling across multiple outlets is where technology and entertainment combine. When you take a TV show or film, and successfully tell ancillary stories based off the same, consistent world, you enhance the experience of the primary show. It works as a circular system where each area of the brand can benefit from one another and with all the conduits for programming out there; it is optimal to tap each outlet and maximize potential revenue streams.”

Entertainment and technology are making it easier for people’s voices to be heard louder and more instantaneous than ever. I think in a modern-day democracy, where freedom of speech is of the utmost importance, that can only be a good thing.”