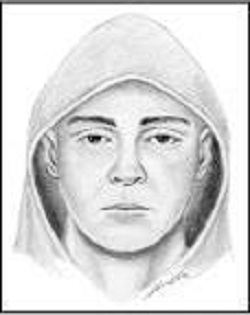 LOS FELIZ — The Los Angeles Police Department released a bulletin on Tuesday, November 19 that is alerting people of an assault suspect who may be connected to the death of Joseph Gatto.

According to the bulletin, at around 6:50 p.m., the suspect broke into a car on the 2300 block of Moreno Drive in Silver Lake. The person who owned the vehicle confronted the suspect, who then pointed a gun at the person and threatened to shoot her. It was at that time that another person became involved and confronted the suspect as well. This person was also threatened with death. The assault suspect then fled towards Tesla Avenue.

The bulletin notes that the suspect is wanted in connection to a homicide that occurred on the 2800 block of Bright Lane. This was the location where Assemblyman Mike Gatto’s father, Joseph, was murdered on November 13. He was found dead in his home from a gunshot wound.

The suspect is described as a white male of about 20-25 years of age, weighing approximately 180 pounds. He was seen wearing a multi-colored, hooded sweatshirt, tan pants, and a backpack. A funeral will be held on Monday, November 25 for Gatto, according to a release from the Assemblyman Mike Gatto’s site.

The funeral will take place at Our Mother of Good Counsel Catholic Church at 10 a.m. The church is located on 2060 North Vermont Avenue. The release states that the funeral will be begin promptly, so those who plan on attending should arrive early. After the funeral, a private reception and graveside funeral will be held, but this part of the service will be exclusively for family and close friends.

The family of Joseph Gatto is asking that people donate money to one of his three favorite charities instead of bringing flowers. Those charities are the Historic Italian Hall Foundation, the Los Angeles Community Garden Council, and the Tuition Magician for the Joe Gatto Arts Scholarship.

For anyone who might have information regarding the suspect, they are urged to contact Detectives Barry Telis and Chris Gable at the Robbery-Homicide Division, which can be reached at 213-486-6890. A twenty-four hour hotline can also be dialed at 877-LAPD-247.