They toured the Customs and Border Patrol facility and El Paso Central Processing Center in addition to some shelters in the area.

Upon her arrival, people lined the streets, blowing whistles, and holding signs that read, “Kamala Go Back.”

Harris’ border visit comes 93 days after Biden lead the effort to find the root causes of the surge in immigrant crossings and apprehensions at the southwest border.

Footage depicts Harris, meeting the border patrol staff where she viewed documentation on their computers.

As I told VP last March, El Paso has chosen to employ compassion toward those seeking refuge, and her visit will provide key context for her diplomatic efforts to address root causes of migration.

Harris, who served as Senator for the state of California after being elected in 2017, has come under scrutiny for the time frame it took for her to visit and address issues at the U.S.

Kamala Harris is going to the southern border with @RepEscobar, who secretly sent her staff to Mexico to coach asylum seekers.

This is the Biden Immigration plan.

Tom Homan, the Former Director of Immigration and Customs Enforcement (ICE), has been critical of the Biden administration’s actions stating:

“Being in the U.S. illegally is no longer illegal under the Biden administration.” 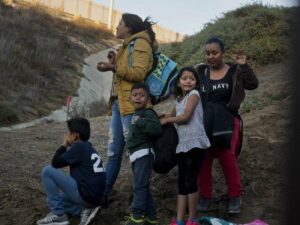 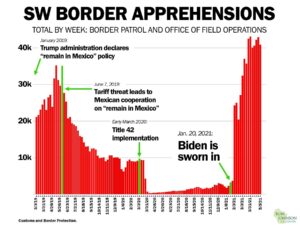 “We made an assessment within our government about when it was an appropriate time for her to go to the border.”

El Paso is reportedly listed as both one of the poorest as well as one of the safest, and hottest cities in the U.S. Travelers heading to West Texas could expect temperatures well over 100 degrees with few trees to offer any relief.