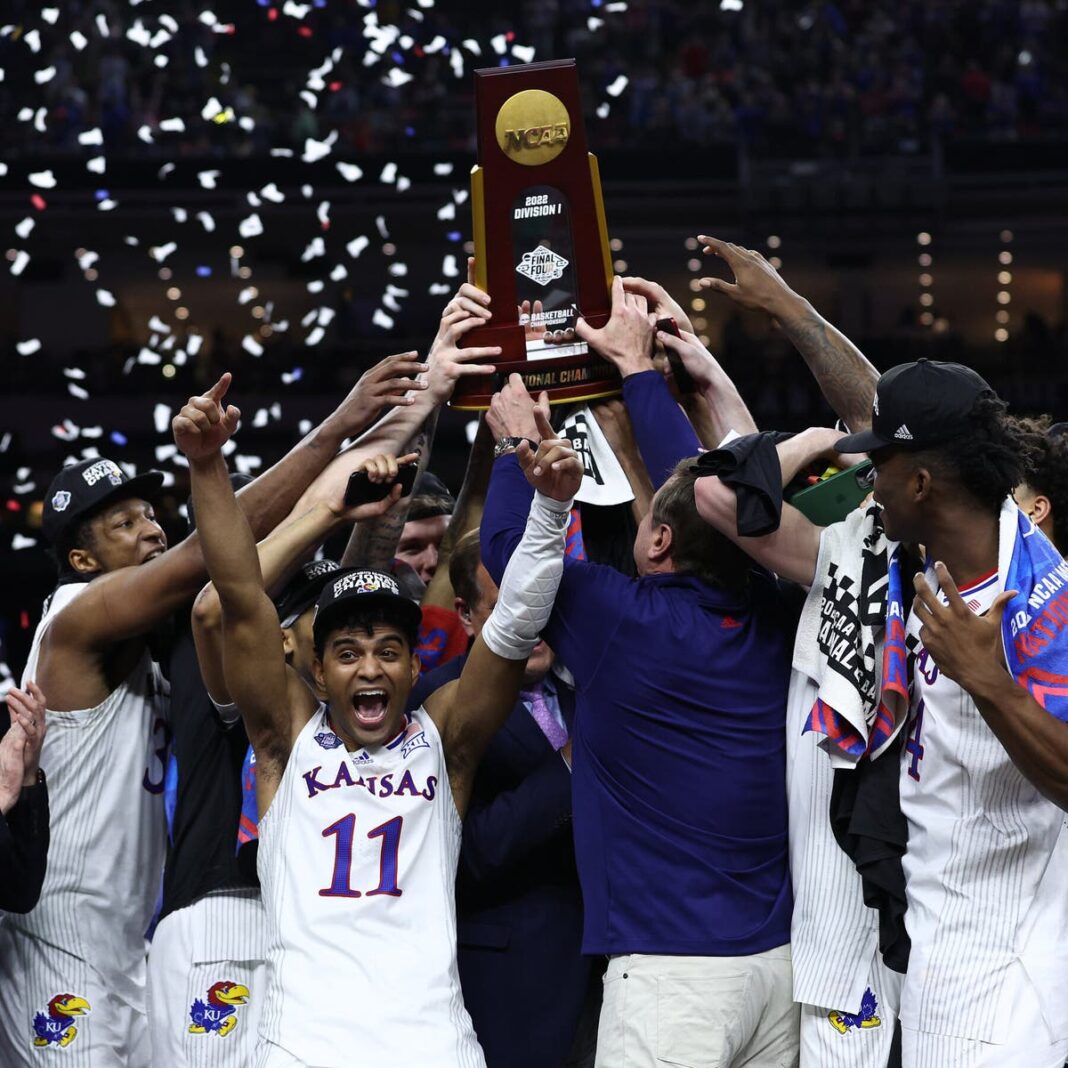 NEW ORLEANS, LA—Kansas overcame the largest deficit in NCAA Championship history by 16-points to win the 2022 NCAA Championship by defeating the North Carolina Tar Heels,72-69 on Monday, April 4 at the Caesars Superdome. They earned their fourth national championship in a contest which came down to the wire.

North Carolina dominated in the first half, taking a commanding 40- 25 lead into the locker room. The Jayhawks would not be denied as they showed the grit and determination that would carry them to be crowned national champs.

“I told them we need to play better,” said Kansas Head Coach Bill Self after the game. “And the lid was going to come off eventually.”

The Jayhawks stormed out of the locker room and went on a 31-10 run to open up the second half. It was a see saw affair right up to the final buzzer.

Kansas Forward David McCormack hit a jump hook with 1:20 left in the game, putting them up 70 to 69. He added another bucket with 22 seconds left giving The Jayhawks a 72-69 edge.

McCormack had a double-double with 15 points and 10 rebounds. Jalen Wilson added 15 points, Ochai Agbaji and Christian Braun contributed 12 points each.

The Jayhawks tightened the defensive screws in the second half, forcing multiple North Carolina turnovers. This led to several fast break opportunities which Kansas capitalized on.

A three-point play tied the game at 50 with 10 minutes left. It went back and forth as each team made one fantastic shot after another. After McCormack’s last-minute heroics, a costly error nearly cost Kansas the NCAA Championship.

After receiving the inbounds pass DeJuan Harris stepped on the inbound line turning the ball over to the Tar Heels. North Carolina had one final chance to force overtime with 4.3 seconds left in the game. Caleb Love missed a potential game time tying three pointer at the buzzer. While Love has played remarkable during the NCAA tournament, this shot did not touch the rim.

Both teams were worthy of being champions, but Kansas made the plays that led to victory.