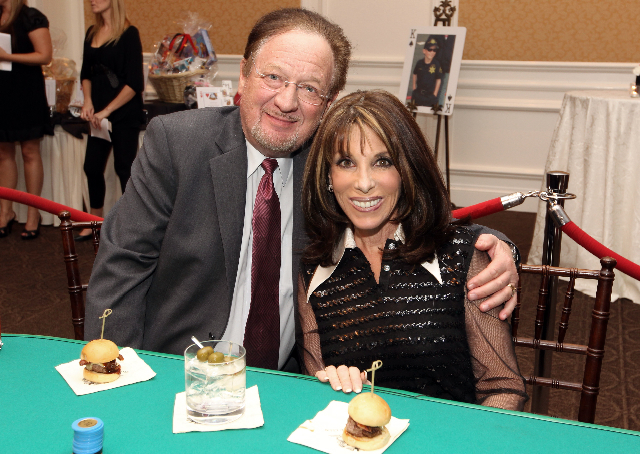 BEVERLY HILLS —“Y&R” star Kate Linder will be honored by the ALS Association, Greater Los Angeles Chapter at the “A Time To Care” Gala, dinner and concert. After five years of fighting for a cure for ALS, Linder will receive the Spotlight award. C. Dean Rasmussen will receive Lifetime Achievement award, Jim Barber the Iron Horse award, Dr. Clyde Svendsen, Ph.D will receive Commitment to a Cure award.

Linder has been the Celebrity Spokesperson for the ALS Association since her brother-in-law, Scott, was diagnosed with the disease five years ago. Each May, Linder flies to Washington D.C. to lobby Congress on their behalf and she’s spoken at numerous national and local events across the country on behalf of the organization, including at many of their Walk to D’Feet ALS fundraisers.

WHAT: An evening honoring individuals who have contributed towards The ALS Association, Los Angeles Chapter’s mission of improving the quality of life for people with ALS and towards helping discover a cure. There will be a reception, silent and live auction, dinner and a concert.

Linder also will be appearing this month in a play titled “Bedroom Secrets,” costarring Page Howard, who is the daughter of Oscar winning director Ron Howard at the Secret Rose Theatre in North Hollywood.

KATE LINDER IN BEDROOM SECRETS, APR. 16-MAY 8 at The Secret Rose Theatre.

WHO: Kate Linder (Esther Valentine of CBS’ “The Young and the Restless,” the #1 rated soap opera) and Charlie Schlatter (Diagnosis: Murder, 18 Again!) and Paige Howard (90210, Medium, daughter of Ron Howard)

WHAT: Linder, Schlatter and Howard star in Fire Rose Productions’ Bedroom Secrets, an exploration of love, relationships and sexual politics, a series of one-act plays all taking place in the bedroom.