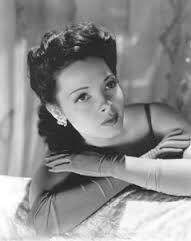 HOLLYWOOD—On Wednesday, February 17, Kathryn Grayson, an MGM musical star, died one week after her 88th birthday. The “Show Boat” star was found in her Los Angeles home by Sally Sherman, her companion and secretary of 31 years, who stated Grayson passed away from natural causes.

Actress Constance Towers stated to Canyon News, “Kathryn was a wonderful singer and actress, but an even warmer and kind person. We both performed with Howard Keel, and she was someone I always admired. Kathryn’s history with MGM and onstage will be remembered forever.”

Grayson was born Zelma Kathryn Elisabeth Hedrick on February 9, 1922; her stage name came from her middle name and her mother’s maiden name. At the age of 12 she received voice lessons from Frances Marshall from the Chicago Civic Opera. She was contracted with MGM during their reign of musicals, and starred in her first film, “Andy Hardy’s Private Secretary” in 1941 with Mickey Rooney. Her other films include “Anchors Aweigh” (1945) where she starred with cartoons Tom & Jerry, “Two Sisters from Boston” (1946), “It Happened in Brooklyn” (1947), “That Midnight Kiss” (1949), “Kiss Me Kate” (1953) and her final film performance was in “The Vagabond King” (1956).

Although she wanted to sing opera, the coloratura soprano did not get to do so until her film career with MGM was over. Her Web site states: “Her opera career was nipped in the bud when she was seen and heard by Louis B. Mayer and was signed by MGM to a contract without even the formality of a screen test. Contrary to popular belief, Miss Grayson never appeared on Eddie Cantor’s radio show. Her unusual combination of looks, singing voice and acting talent brought her official stardom in 1943.”

In her lifetime she was engaged to Howard Hughes, but married and divorced twice in Hollywood: first to actor John Shelton in 1941 and later to Johnnie Johnston in 1947, an actor/singer with whom she had her only child Patricia Kathryn Johnson in October 7, 1948.