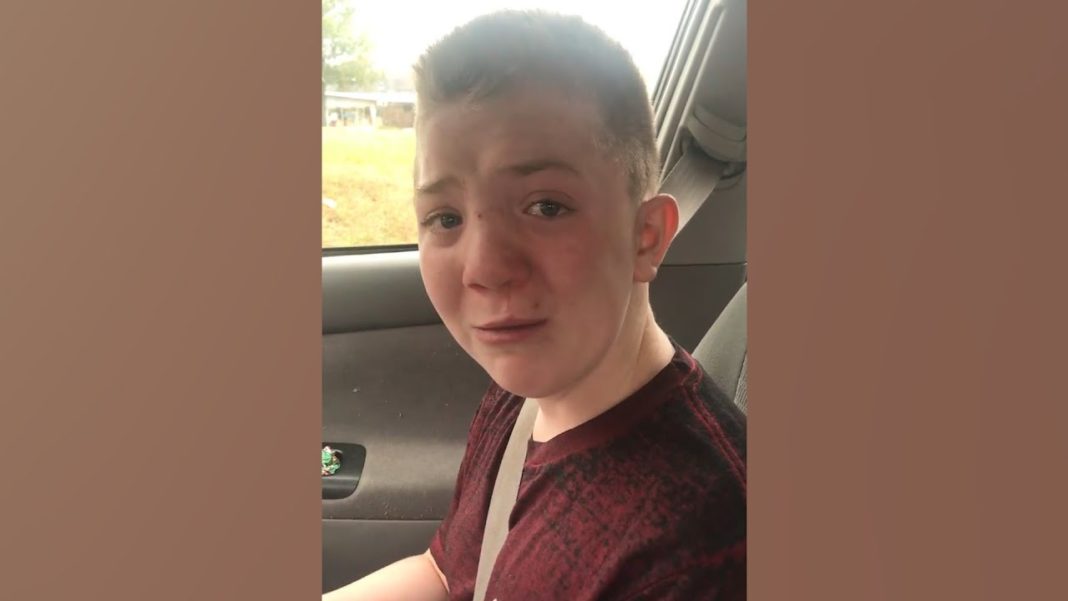 UNITED STATES—I saw a heartbreaking video this weekend, and by now for those of you who have access to the internet or even TV you have witnessed it to. We talk about the issue of bullying, but to hear a detailed account from a kid who is being bullied in school breaks my heart. Keaton Jones, a kid from Knoxville, Tennessee spoke in a video that was recorded by his mother about the incessant bullying he endures at his school. At first I questioned why his mother made the video, but it makes perfect sense: she wants the rest of the world to understand how bullying impacts not just the person being bullied, but those closet to them.

While it is not made apparent how Keaton’s mother feels, I can almost imagine her heart fracturing into a million pieces hearing her son confess how he is tormented in school and made to feel less of a human being than he is. We talk about the issue of bullying every so often, but I seriously do not believe we are doing enough to address the problem head on. This is serious, I don’ t want to keep hearing that crap that it’s a rite of passage for all kids to endure some sort of bullying as they grow. Just because it happens, does not make it right and as a nation we should not be so quick to say its ok.

I mean for those who think it’s ‘not a big deal,’ do you know the statistics of kids who commit suicide each day as a result of being bullied at school. Probably not, I wonder how those people would respond if they knew someone super close to them who were bullied to gargantuan heights, so much to the point that they thought life was not worth living. I mean even with that film “Wonder” which is a great teaching tool about children having compassion and being accepting of others unlike them, we still see issues of bullying day in and day out.

My heart bled hearing Keaton talk about how the kids poured milk on him in the lunchroom, and I’m just thinking to myself: “Where are the school administrators, the teachers, other adults to nip such situations like this in the bud. I’m more upset at the other kids who just sit and watch this knowing that it’s wrong and not take action to attempt to prevent such behavior from happening. You’re worse than the bully or bullies themselves because you’re allowing such behavior to continue. Take a hard look in the mirror how would you react if someone did that to you or someone that you care about?

Kids can be cruel, I know that as a first-hand experience from someone who was bullied as a kid, and felt there was no one willing to stand up and protect you or give you a hug to help you realize that things will be better as time progresses. That is the one thing that is true Keaton, things do get better so don’t give up. However, this kid shouldn’t have to endure such mental cruelty from his peers.

I seriously hope EVERY SINGLE STUDENT at Keaton’s school sees this video. I hope it makes them stop and realize how pathetic they are for allowing such behavior to continue. And for the parents of those bullies who are torturing this child, you need to have a serious talk with your kid. Find out why he or she is behaving in such a manner and they need to be taught that this behavior is not acceptable and it will not be tolerated. Rather that actually happens is up in the air, but Keaton has just put a spotlight not just on himself, but the city of Knoxville, his school, the bullies, the enablers and the rest of America to address the issue of bullying. This has to stop! We need to stop making excuses for such actions, it’s not acceptable and unless we have a forum where we really discuss the issue at hand and not sugarcoat what is going on, the issue of bullying in schools, online and as adults will continue.

I mean I was reading some of the sick, twisted and just profane comments left by some people after watching this video. This kid has already been bullied enough, why in the hell do you insist on adding to his pain with snarky stupid comments. The sad thing most of these comments were left by adults, which is where it all begins. Kids are nothing more than a splitting image of their parents. If the parent bullies, guess what the child is likely to do the same. So to all the celebs who came out as a champion for Keaton Jones (Mark Hamill, Chris Evans, Mark Ruffalo, Chris Brown, Snoop Dogg, Cardi B, and so many others), I say thank you. It takes a movement to really address such a heavy issue like bullying.

In the past few days, news has surface regarding Keaton’s mom, Kimberley Jones who has posted pics of herself holding the Confederate flag and making comments that are controversial. While I do NOT agree with a lot of the things that Keaton’s mom has done or said, the point I want to make is the focus should be on the kid not the mother people. This is a kid crying out for assistance regarding bullying in school. Yes, his mother might need to be educated a bit on the importance of being self-aware of others plight, but we should NOT punish this kid because of his mother’s behavior. He is a kid; he doesn’t know any better.

People really need to see this video to not only hear, but to feel the heartbreak this kid is enduring. It’s especially tough for any of us who were bullied as kids, but it should be just as tough for those who were never bullied or who happened to be a bully when they were a kid. Keaton stay strong because trust me you’re about to start a movement that hopefully changes the notion of bullying forever. You’re a superstar and don’t’ allow anyone to tell you otherwise #StandwithKeaton.