SANTA MONICA—The Santa Monica Police Department arrested a suspect for possession of narcotics and weapons on Sunday, November 28. Lt. Rudy Flores of the SMPD informed Canyon News in a news release that around 7:15 p.m. officers responded to the 900 block of Ocean Ave. regarding a suspicious vehicle.

When officers arrived, they located the vehicle, a black Jeep, leaving the area. An officer witnessed the car commit several vehicle code violations. When the officer attempted to initiate a traffic stop, the vehicle fled at a high rate of speed and crashed striking several parked vehicles and a tree in the 1000 block of 2nd Street. The two occupants fled on foot, but only one was located a short time after. 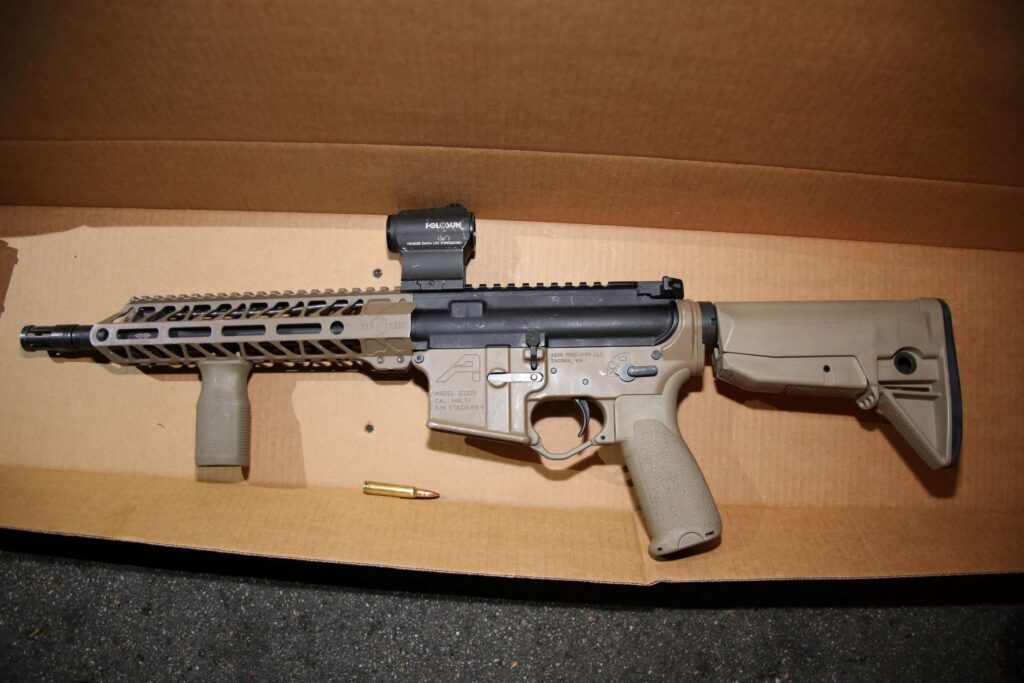 A subsequent search of the suspect’s vehicle revealed a loaded short barrel AR type rifle, a loaded 9mm handgun and a large amount of narcotics. The driver of the vehicle, Ken Lee Fernandez, 22, of Buena Park, was booked on weapons and narcotics charges along with delaying and obstructing arrest.

The outstanding suspect is described as a 20 to 25-year-old Black male, standing between 5 feet and 10 inches to 6 feet and 2 inches tall. He thin build, dark complexion, wearing a black hoodie sweatshirt and black sweatpants.