AMERICA—Wednesday, September 23, protests ensued all over the country when a grand jury declined to charge three officers of LMPD guilty for the death of 27-year-old, Breonna Taylor.

March 13, the three officers involved, Jonathan Mattingly, Brett Hankison, and Myles Cosgrove were responding to a no-knock warrant in suspicion of drug trafficking when they arrived at Taylor’s home in Louisville, Kentucky at 12:23 a.m. and banged on the door to announce their presence.

The media has perpetuated lies since Taylor’s death claiming that she was some how a victim of our “racist justice system.”

Despite the lies you may have heard, the facts are available if you are willing to seek them out. Here they are:

Number two, Taylor was not shot in her sleep. She was standing in the the hallway with her boyfriend and shot during the shooting exchange between Walker and the officers.

Number three, Taylor’s boyfriend, Kenneth Walker shot first at Sargent Mattingly. The shot that hit officer Mattingly was from a 9 milometer handgun. That is the handgun that belonged to Walker. LMPD used 40 caliber handguns.

Taylor was shot after her boyfriend opened fire on Mattingly. Mattingly fired six shots down the hallway in return of Walker’s shooting. Almost simultaneously, officer Cosgrow starting shooting a total of sixteen times.

Detective Hankinson shot ten times through an outside glass door and bedroom window. He was indicted on three counts of wanton endangerment. If charged, he could serve up to five years.

Number four, Taylor was involved with drug trafficking. Her previous boyfriend, Jamarcus Glover participated in illegal drug matters and Taylor was holding money for him. Officers went to her residence because they were investigating the dealing of drugs after reviewing photos and tracking Glover’s car who was picking up mailed packages from Taylor’s home.

Although all of these facts are available for people to understand and learn, mainstream media, celebrities and athletes perpetuate the lies. Politicians who want to push their campaigns are also on board with the lies making it difficult for people to obtain truth because little resources express cold hard facts.

On September 24, democratic presidential nominee, Joe Biden tweeted: “Once again, we are called to ask ourselves whether justice could be equally applied in America. But what’s clear is that today in America, Black women deserve better.”

Los Angeles Lakers, LeBron James tweeted: “The most DISRESPECTED person on earth is THE BLACK WOMAN!”

Chicago Mayor, Lori Lightfoot tweeted: “For too many, there are two systems of justice: one for the privileged and one for the powerless.”

Lightfoot who called for extra security to protect her family and home in recent months said, “We must keep saying Breonna’s name and keep calling for justice. I’m encouraging all Chicagoans to stand together, peacefully and safely. The fight for justice continues.”

Americans are falling for the lies. They are terrorizing police officers with bricks, bats and arson and shooting them when they feel like it.

Acting Chief Rob Schroeder confirmed that in Louisville on September 23 around 8:30 p.m., two officers were shot at by BLM member, 26-year-old, Larynzo Johnson. 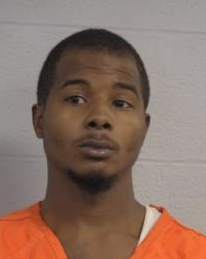 Johnson was arrested for shooting Officer Robinson Desroches and Major Aubrey Gregory and charged with endangerment and assault. One of the two officers was stable after the shooting while the other had to have surgery. They are both alive and recovering.

One individual in Louisville screamed at officers on video, “Y’all get ready to fucking die!”

Attorney General, Cameron asked the people during his press conference, “Do we want the truth or the truth that fits the narrative?” He went to explain, “mob justice is not justice.”

Despite his announcement of the facts regarding the Taylor case, people across America are calling for “justice for Breonna Taylor” and abolition of the police. A U Haul in Louisville full of BLM signs arrived near protesters so that they could unload and start protesting within minutes of the grand jury’s verdict. The U Haul was provided by a woman named, Holly Zoller who is a member of the Bail Project which claims to “pay bail for people in need, reunite families and restore the presumption of innocence.”