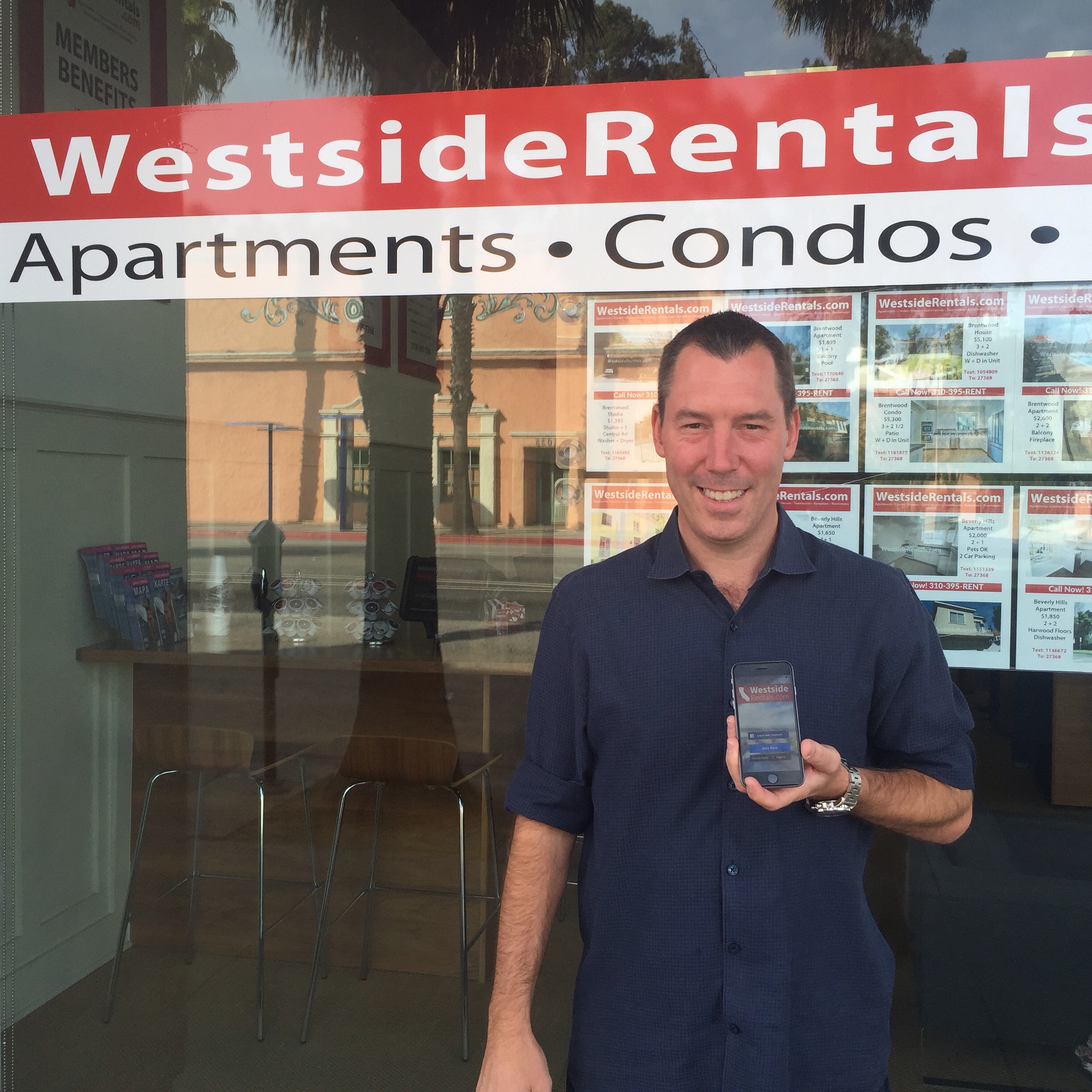 SANTA MONICA—You’ve just locked-up that new apartment. The sun is shining, the city is your’s to explore, and future prospects are near limitless.

But that blissful feeling is only one side of moving.

Before that comes the stress and uncertainty, the unending calls and Internet searches in the hopes that you’ll find “The One.” In between, there’s the unforeseen problems: that exorbitant security deposit, a sudden and bizarre lack of silverware, or maybe, just maybe, that one internet bill you forgot to pay-off in college.

“I want people to associate that good feeling, that ‘moving on up’ feeling with Westside Rentals,” Miller told Canyon News. “You’re going to a new neighborhood, a new place, and it’s all fresh and exciting. It’s cool and you want to feel good about it.”

“It’s a stressful time for our customers. Moving is stressful and we’ve all been there. Even the smoothest move is stressful. There’s a lot of things you have to figure out and get adjusted to, and we understand that.”

Born in tiny Lagrange, Ohio, Miller has lived through the headaches and uncertainties of coming to Los Angeles and trying to stay afloat in the unforgiving metropolis. A graduate of Ohio State University, Miller’s journalism degree led to a job working for Kansas City’s first-ever 24-hour sports radio station.

But when the station unexpectedly folded in 2000, Miller found himself 26 and unemployed, owning few promising options in the Midwest.

“Here I was, about to turn 26 and unemployed. I didn’t want to go back to Ohio, so I got in the car and drove to LA. I had a thousand bucks to my name, I didn’t know anybody, and I didn’t have a job. I got out here and basically lied my way into an interview with Westside Rentals.”

In a bold business move, Miller walked into the office of Westside Rentals and played the only card a broke 26-year-old with no connections and no money can play.

“I walked in and said, ‘Hey, I have an interview with the owner.’ Mark (Verge) looks down at my resume and sees Kansas City Chiefs Football, and asks me to tell him a story. So I tell him a couple stories about some of the guys, USC guys like Marcus Allen, and he liked it. I asked him to give me a shot and he did. I told him give me a week and I’ll be your best sales guy. If I’m not, I’ll walk away. I started that day.”

Not only did he become the company’s best salesperson, but within a year, Miller was promoted to Basic Head of Operations. By 2012, Miller and Verge were equity partners in Westside Rentals.

The same man that Miller lied his way into an interview with gave him the keys to the kingdom, an equity partnership in which Miller runs the day-to-day operations of the company and ensures that the seed first planted by Verge in 1996 continues to blossom as a business that fulfills future “Coming to Los Angeles” stories.

“It’s a stressful time for our customers. Moving is stressful and we’ve all been there,” said Miller. “Even the smoothest move is still stressful. There’s a lot of things you have to figure out and get adjusted to, and we understand that.”

“When you’re nice and your helpful it can really help steer people in the right direction. You can see it on people’s faces when they walk in. But after a few minutes they’ll take a deep breath and their shoulders will start to relax.”

Take it from a person who once walked into the Westside Rentals office with no more than a grand to his name and the trump-card of a faked interview. Yes it was a bold move, but bold moves yield bold results.

Now, Miller sits on the other side of the desk, greeting clients and encouraging employees to adopt the same risk-taking mindset that landed a hungry 26-year-old a golden opportunity.

“Sometimes you take risks and they don’t work out. You’ve heard a million times about how many game-winning shots Michael Jordan and Kobe Bryant have missed. But they had the guts to take them. And how many did they make?”