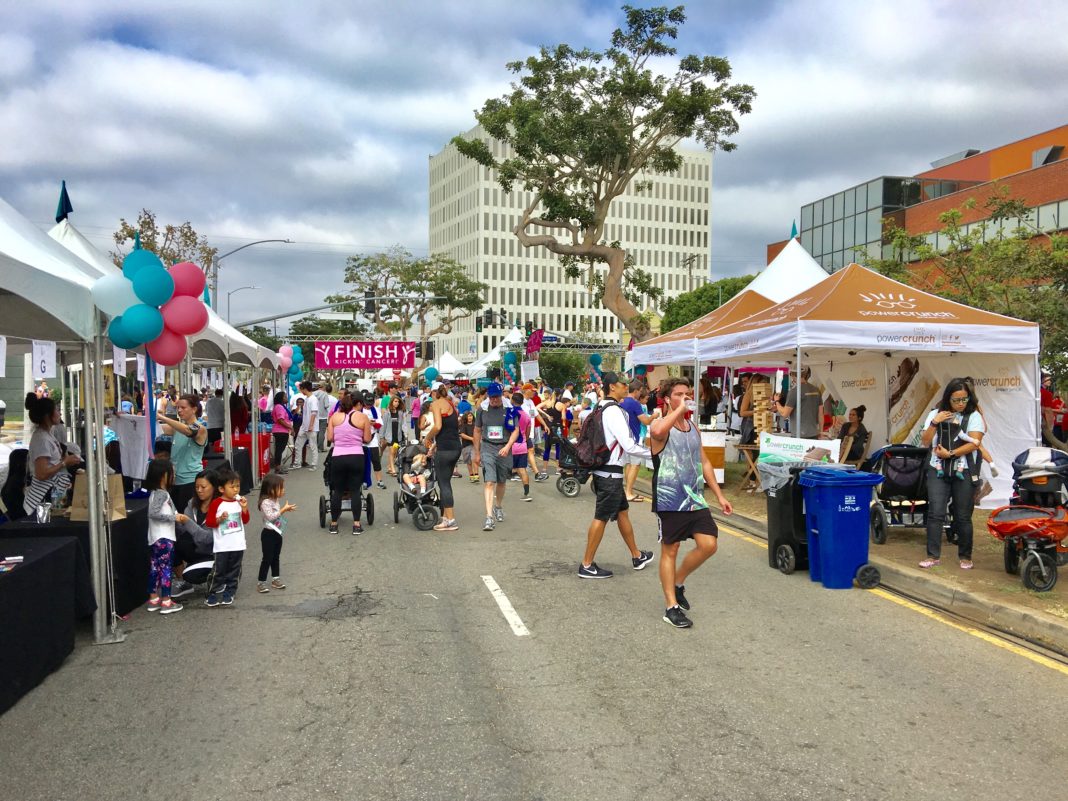 BRENTWOOD—Hundreds gathered on Sunday, October 1, in the streets alongside San Vicente Boulevard, to support families and friends in the 5K Run/Walk/Stroll called “Kickin’ Cancer.” Among those who crossed the finish line were young children ages 10 and under, running with their parent or family member.

Funded by the Lynn Cohen Foundation, the 16th annual event, brought food and music, replenishing drinks, arts and crafts, and other fun activities for participants to engage in. There was even a bounce house in the island divider for children to play. An Emcee entertained the crowd with music and fun facts.

The Lynn Cohen Foundation, dispersed at four clinics aims to prevent ovarian and breast cancer among women and families who are at-risk. Founded by the youngest daughter of Lynn Cohen (who died of ovarian cancer after a five-year battle), Amy, took strides at the age of 21 to make an impact in the community, and help women “kick cancer” once and for all.

Over half the number of women who have joined a Lynn Cohen clinic have been able to catch their cancer by professionals. With educational programs, the foundation provides women and their families with the knowledge, tools, and clinical support they need to take action early, “survive,” and “thrive.”

Supporters cheered and waved in celebration near the finish line, and applauses were given. Water bottles were dispensed by volunteers. The emcee announced finishing times to those who crossed the finish line.  In spite of the grey and overcast morning, the race went off without a hitch.