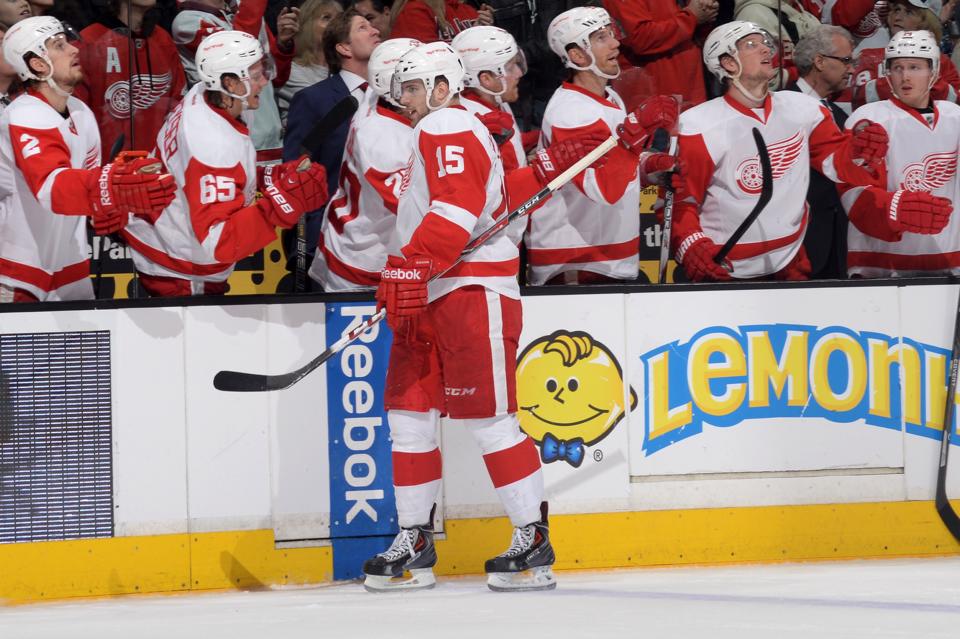 With a two-game winning streak under their wing, Los Angeles looked to have an easy time on offense against New York, but not without dealing with the physical match on the ice. Both teams began the game with hits to one another as the offense didn’t start on the right foot. Los Angeles earned two power plays, but failed to make anything come of them shooting six times on Islanders netminder Kevin Poulin.

New York’s frustration sitting in last place of the Metropolitan Division came to a hilt with Cal Clutterbuck and Colin Fraser getting at each other putting both teams four on four. Anze Kopitar’s snap shot past Poulin from the stick side gave the Kings center his eighth goal of the season.

Clutterbuck took his second roughing call of the game against Dustin Brown, 25 seconds into the third where Brown gave the Isles forward a rough check. He made a big statement with a 2-0 lead on a wrap around the net for his sixth of the year. Thomas Vanek paid the cheap shot given to Clutterbuck earlier with a cross check to the Kings captain putting Los Angeles on their fourth power play. Being up two goals mattered most to LA, but with another four on four in the works of the final minutes, the Kings had the upper hand while the Islanders got desperate.

With Poulin off the ice it gave them a five on four heads up, but with a lack of defense it was a complete loss. Tyler Toffoli scored the empty netter for his seventh of the season and gave the Kings a third straight victory and second straight win at home.

Jones, who is still feeling beginners luck ended the night with his first career shutout stopping 16 shots on net. His game will have to be at its top shape before facing Montreal on the road where they have won consecutive games over the Habs in recent memory.