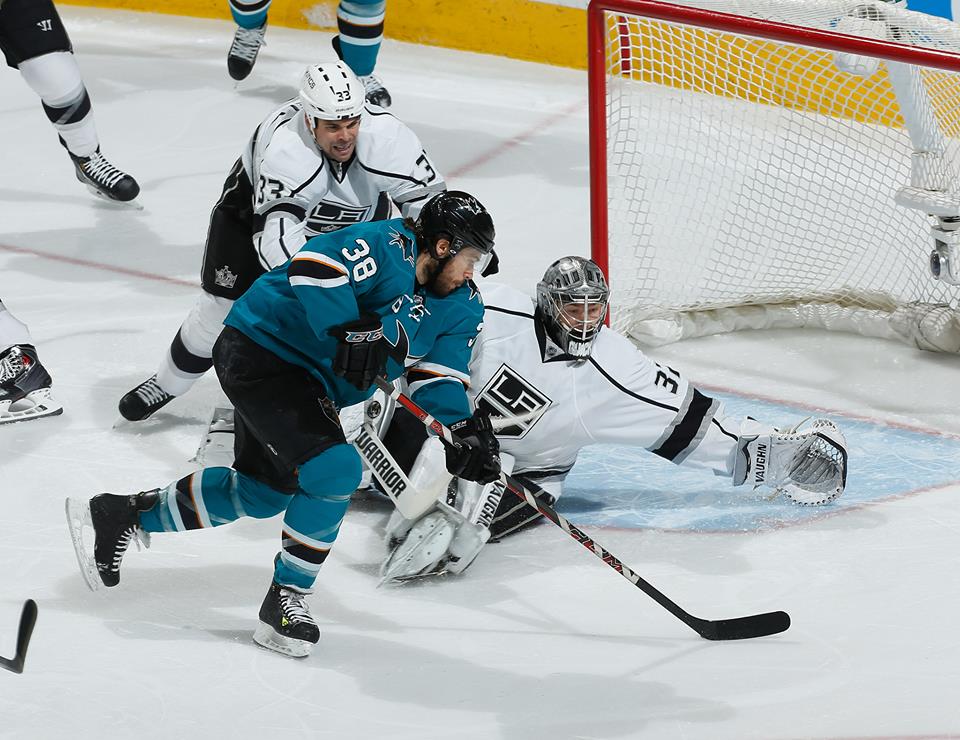 SAN JOSE—Anze Kopitar saved the Kings from another rivalry loss. The lone goal, late in the second period, helped the Kings to a 1-0 defeat over the San Jose Sharks at the SAP center on Monday night. The victory helped snap a five-game losing streak and the team’s first win in over a week.

After a disappointing 3-0 loss at Dodger Stadium to the Anaheim Ducks, it was time for the Kings to move on and look to hold their playoff spot with half the season completed. In their way of the Pacific Division were the Sharks who hold a 10-point lead ahead of them. The Kings began the first period taking just eight shots on net while bringing the physical toughness along for the ride up north. The tension grew bigger, but the score remained zero, as neither Quick nor the Sharks netminder Alex Stalock, who was playing his first full season as secondary goaltender, gave up the opening lead.

The second period saw both teams trading opportunities to score on the power play as the midpoint of the game saw pairs of penalties becoming four-on-four situations in the shark tank. Despite the man advantages with the Kings holding a drought worse than the state of California, the score had yet to see a change. With just two minutes left, the Kings made an even strength rush into the Sharks’ end, where Jeff Carter got ahead of the San Jose defense to take their attention off of Kopitar who skated further to swing in front of Stalock and put the puck behind the net. His 15th of the season became the point of shattering a 154-minute mark of Los Angeles not being able to score. Both teams shot just five times, but the Kings’ moment of holding the lead changed the tide of the game.

The Sharks looked to lose all morale in the third period as the offense trickled out through the final 20 minutes of regulation. With their struggles,Los Angeles went hard on the offense to try and increase their lead, but with the game in their hands, holding it was their biggest priority. Quick, surprised to see little action from the Sharks, gave it his all against Los Angeles on a regular basis, but closed out the night making 23 saves and gaining a big shutout over San Jose. It was his third shutout this season and the third of his career against the Sharks.

What made the record sound better was not only the end of their long skid, but the conclusion of San Jose’s recent success. Their six-game winning streak came to an end with Anaheim still 10 points ahead, leading the Pacific Division. The win hopes to put the Kings in the right direction with a trip to the desert against Phoenix before hosting both the Penguins and Flyers in back-to-back meetings going into the weekend.