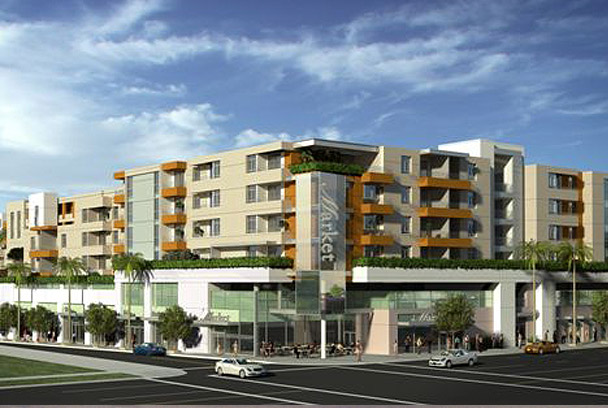 MELROSE—The La Brea-Willoughby project continues plans to build apartments where the old KCOP television studio once stood. The Martin Group carries on their agenda to create the La Brea Gateway. According to their website, the goal is “To create a mixed use development of residential above retail taking advantage of the growing retail along La Brea and the strong demand for in-fill housing in Los Angeles.”

The Martin Group plans on utilizing the space left from the KCOP’s old television broadcasting station in Melrose on La Brea Avenue and Willoughby Avenue. The building was initially purchased in 2004 with the hopes of making it into a skyscraping 219 unit apartment complex with retail shops lining the bottom. Despite receiving approval to make their seven story dream come true; The Martin Group faced a disapproving community who formed the La Brea-Willoughby Coalition to “save the neighborhood.”

The Coalition cited several problems with The Martin Groups plan back in 2010 such as: a lack of evidence showing the environmental impact of the structure, as well as a lack of space to place such a huge project. The problems were presented to the Planning Land Use Management Committee and put a temporary hold on the building’s construction.