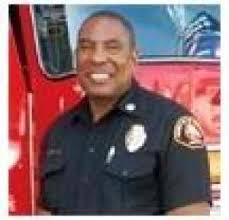 RIVERSIDE—Over one year ago, in November 2008, a former Los Angeles County Fire Department assistant fire chief was accused of nearly beating a small puppy to death with both his hands and a rock. Glynn Thomas Johnson was believed to have brutally abused a 6-month-old puppy belonging to his neighbors, one evening in November 28. By the time the Tooles, the owners of the puppy, Karley, discovered her, bloody and mortally wounded, there was little time before it was determined she needed to be euthanized within hours. It is believed that Johnson may have had an antagonistic relationship with his neighbors, and took out his anger on the young dog.

On Tuesday, January 26, a jury concluded that Johnson was guilty of charges of felony animal cruelty, which could net him up to four years in a state prison. He will officially receive a sentence in just over one month, on March 8.

Animal rights activists and community members came together to denounce the violence against Karley. Some involved are hoping that with Johnson’s sentencing, will come the passing of a new law to help better protect animals from abuse, called Karley’s Law, in honor of the slain puppy. If passed, the law would treat abuse of an animal, similarly to abuse of a human, and alleged offenders could be brought to court for civil suits. According to the Animal Legal Defense Fund, this would be a groundbreaking step toward better protection for pets in the state, as no law currently provides for such action. The ALDF points out that animals are legally classified as property in the state, though if the law was passed, it would “provide punitive damages of at least $1,000 for every intentional act to which the animal was subjected, as well as give courts the authority to issue restraining orders and other injunctive relief as they deem warranted.”

Canyon News first reported on the story when news broke in late 2008 of the brutal attack. Johnson had been put on leave from the fire department, and stayed well out of the public eye for some time, before being forced to answer to his alleged crimes in court. The district attorney oversaw criminal proceedings against Johnson. Johnson was arrested the following month, after an uproar focused much negative attention on the assistant fire chief. Prior to the trial, there were reports that Johnson had been involved in violent incidents in the past, engaging in abuse against his own teenage daughter. Someone had filed a police report documenting the incident, as it was cited as such during the trial. During the course of the trial, additional accusations of violence and discord with others were brought to light by the prosecution, with DA Will Robinson painting Johnson as a man with a “long history of anger and frustration” toward his neighbors, and violent tendencies with his own family.

According to Los Angeles-based animal rights group Last Chance for Animals, the deadly 2009 incident started when the puppy was being brought back to her Riverside home by a neighbor, after having wandered from her home. A neighbor named Travis Skaggs was escorting the puppy back when “Johnson offered to bring her back himself. Staggs said he had only taken his eyes off Johnson for a split second when he witnessed the first chief erupt in violence, punching Karley 10-15 times in the head first with his first, then with a 12 lb. rock.”

The animal rights group is pushing a campaign to have Johnson completely removed from his role as an assistant fire chief and “to severely restrict his retirement pension.”