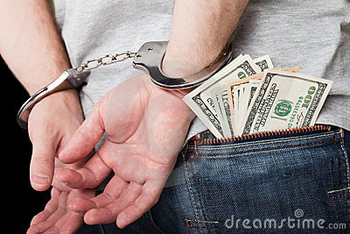 LOS ANGELES—Los Angeles Police Department Detective Ramon Alvarez was arrested on Monday, January 27, for alleged grand theft of money from a suspected narcotics location in Los Angeles According to an LAPD news release, Alvarez, a 25-year LAPD veteran who was assigned to the Gangs and Narcotics Division, was serving an arrest warrant at the location when a fellow detective believed Alvarez took money from the area.

The detective immediately reported his suspicions to his supervisor and a search of Alvarez’ vehicle was conducted. Money believed to belong to the narcotics suspect was recovered from Alvarez’s vehicle.

Members of LAPD’s Internal Affairs Criminal Investigation Division placed Alvarez under arrest for violation of Section 487 of California’s Penal Code. According to the Legislative Counsel of California’s website, Section 487 states that grand theft is when the money, labor, or real or personal property taken is of a value exceeding $950. Alvarez was booked into the LAPD’s Metropolitan Detention Center at 180 North Los Angeles Street in Los Angeles. The detective’s bail was set at $20,000.

LAPD officials have advised and been in contact with prosecuting attorney offices regarding this arrest. Alvarez was immediately placed on administrative leave, pending the outcome of the criminal and administrative investigations.

“I am extremely disturbed and shocked by the arrest, but heartened by the actions of the detective who immediately reported what appeared to be criminal behavior,” Beck said.