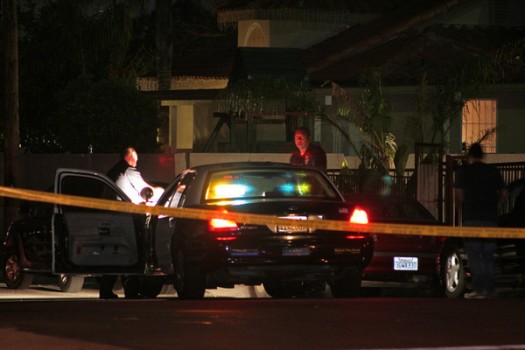 LOS ANGELES—The Los Angeles Police Department (LAPD) is in the search for three Hispanic males ages 15-25 that are believed to be involved in the killing of a 24 year old man after he tried to save his grandfather from a robbery.

The incident occurred Monday night at the home located in Coldwater Canyon Avenue, in North Hollywood, CA.  According to the victim’s family and witnesses, everything occurred when Manuel Flores, the victim’s grandfather was suddenly attacked in his driveway by three suspects who took his wallet and his jewelry and then fired a shot before running away.  When Danilo Morales, the deceased victim heard the shot and his grandfather crying for help he immediately proceeded to run out to after his grandfather’s attackers.

The victim run after a white mid-size SUB which the attackers were driving and more gunshots were heard. Unfortunately one of the bullets reached Danilo Flores and took his life.

According to the LAPD detectives there is no new information on the case and anyone with information are asked to call the police at 877-LAPD-24-7.