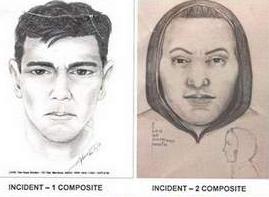 SHERMAN OAKS—The Los Angeles Police Department are on the lookout for a sexual battery suspect in Sherman Oaks-Van Nuys area. According to a crime alert from the LAPD, the suspect has been involved in five separate incidents of misconduct.

The incidents occurred in the mornings between June 7 and June 29. The suspect would make eye contact with the women before he attacked them by grabbing their buttocks, and pulling their pants down.

Women described the attacker as a White or Latino man between the ages of 20-25, with dark brown or black eyes and weighing anywhere from 145-160 pounds.

The victim was scene driving away from the scene of one of the crimes in a charcoal-gray Toyota Camry.