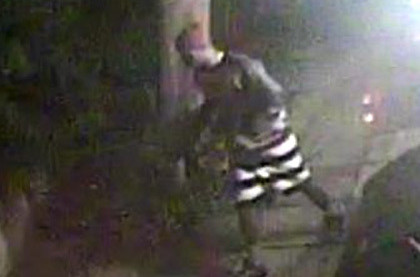 The Los Angeles Police Department issued video images to the public in an attempt to put the criminals behind bars. The department’s biggest lead came on December 8 when they were called to the 2000 block of Mound Street. The residence in question had recent video footage, and caught the pair breaking through a large glass door at the back of the home.