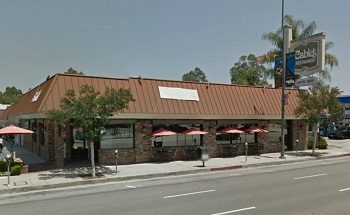 WOODLAND HILLS — Four women received a $5.7 million settlement on December 17 in a lawsuit against a restaurant that discriminated against them for their age.

Martha Aboulafia, 61, Cheryl B. Colgin, 61, Regina Greene, 49, and Patricia Monica, 70, walked away from the trial after a jury found that they had sufficiently proved that Cable’s Restaurant on 20929 Ventura Boulevard had discriminated against the women before wrongfully terminating them back in 2010.

According to the original complaint filed in September 2011, Cable’s had forced these women out of their jobs at the restaurant by making their lives harder during their shifts. These hardships included a failure to provide adequate breaks as mandated by state law and verbal harassment by the management. Aboulafia had worked at the restaurant for 17 years before she was let go, while Colgin, Greene and Monica had given to Cable’s 14, 3 and 13 years, respectively.

The troubles started with management of the restaurant. All four plaintiffs had alleged that they had been fired to make way for the inclusion of newer, younger female employees. The lawsuit stated that Mrs. Greene had been contacted by one of the new female employees at the establishment to cover that worker’s shift, seemingly after Mrs. Greene had already been let go. She had also been accused of being under the influence while at work, contributing to her firing. Mrs. Aboulafia had been, according to management, complained against by a patron, though neither of the women had ever been accused of any misbehavior while being employed by Cable’s.

A jury unanimously agreed that the women had proved that Cable’s, and its owners, GACN, Inc., had wrongfully terminated them, discriminating against them for their age, and “failed to authorize and permit…ten (10) minute periods and/or thirty (30) minute meal periods.” All four were awarded damages equal the loss of both past and future wages in addition to a payment of “non-economic” loss, for things like pain and emotional distress. This sum totaled $1.68 million, but the jury also awarded the women another $4 million in punitive damages.