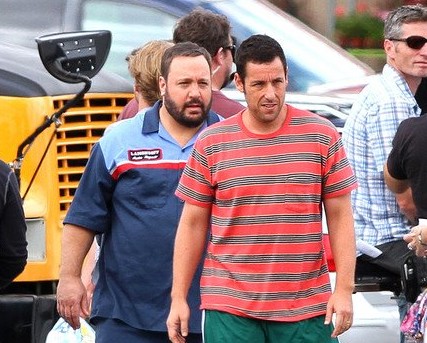 HOLLYWOOD—With awards season in full-force, it’s a great to be nominated, but there are some awards those in the entertainment industry would rather not be nominated for.  The annual Razzie nominations were announced on Wednesday, January 15 and leading the pack was the Adam Sandler comedy “Grown Ups 2” with eight nominations including Worst Picture. Other contenders in the Worst Picture race include “After Earth,” “Movie 43,” “The Lone Ranger” and “A Madea Christmas.”

Followed closely behind are the films “After Earth,” “Movie 43” and “A Madea Christmas” each tied with six nominations apiece including Worst Picture. Sandler picked up multiple nominations last year for his role in “That’s My Boy” and the previous year his film “Jack & Jill” picked up a record 10 nominations.

The 34th Annual Golden Raspberry Awards will be handed out on Saturday, March 1, one day before the 86th Annual Academy Awards.