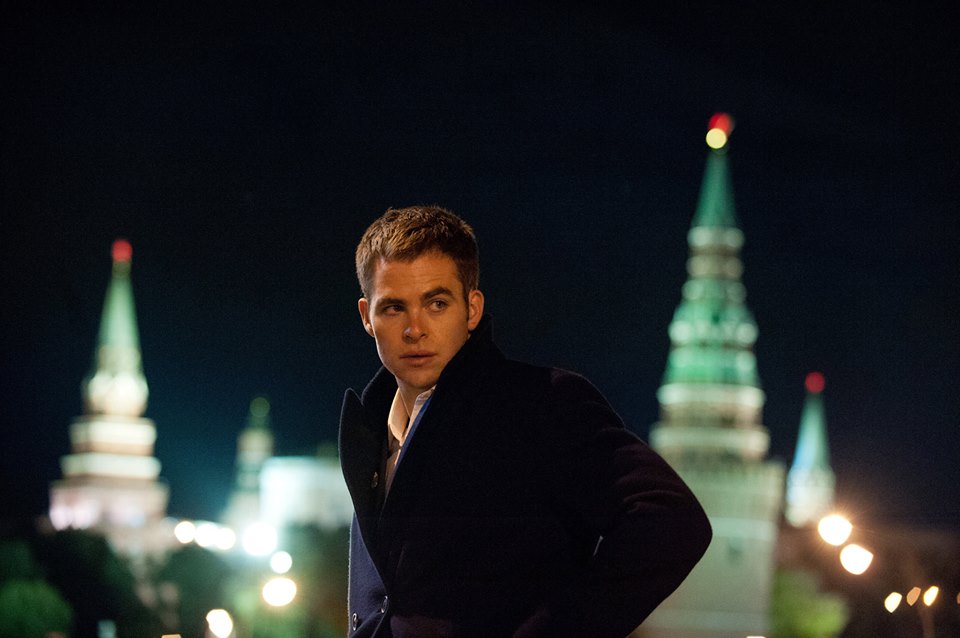 HOLLYWOOD—When I think of Jack Ryan, only one name comes to mind: Harrison Ford. While “The Hunt for Red October” starred Alec Baldwin and was a great picture, anyone searching for classic Jack Ryan at its best must see “Patriot Games” and “Clear and Present Danger.” Those films are absolutely gun-totting, action masterpieces in my book, and solidified Ford’s presence as an action superstar beyond the Indiana Jones films.

“Jack Ryan: Shadow Recruit” attempts to shine a new light on the character of Jack Ryan, this time portrayed by “Star Trek” superstar Chris Pine. The last installment in the series, 2002’s “The Sum of All Fears” starring Ben Affleck was absolutely dreadful. It’s the first time I vividly remember falling to sleep multiple times in the movie theater. The character is based on the novels written by author Tom Clancy who passed away in October 2013.

This installment finds are fateful hero recovering after a helicopter crash, he’s not in the best physical shape, so to see the character have to ‘get back to’ where he used to be is a journey itself. During his rehabilitation, the audience meets his future wife, Cathy Muller portrayed by a sassy Keira Knightley. The film’s attempt to deliver a younger Ryan to the audience works for those who are avid fans of the franchise, but for those who are not familiar with the character may find the events leading up a bit tedious in my book.

The movie follows our character as a possible scandal on Wall Street as a sign of terrorist activity.  The villain is none other than Viktor Cheverin (Kenneth Branagh), who also steps behind the camera to direct. That is always a tricky thing to do successfully, as the focus may be too much on the actor versus the directorial duties of the picture itself in my opinion.  Only one actor has successfully done so in my eyes and his name is Clint Eastwood, check out “Unforgiven,” “Million Dollar Baby” and “Gran Torino” for those doubting my claim.

The problem with the picture is not so much that it has a bad story, its quite intriguing to say the least, it’s the casting of Chris Pine in the starring role and Kevin Costner as his sidekick Thomas Harper.  I just couldn’t buy the believability factor of Pine in the shoes of Jack Ryan, which is perhaps the point. Ryan is a character who identifies well with audiences as a middle aged man, not someone who comes across as a twenty-something on the big screen.

Yes, the book which the film is based on traces Ryan during his earlier years, the chemistry just isn’t there to sell the audience on this new ‘face’ of the hero in my opinion. For some reason I feel like the role would have been better suited for Leonardo DiCaprio or Daniel Craig, both actors able to carry a ruggedness to the character, but a charming aspect at the same time. Not many younger audiences know of the character Jack Ryan, so when attempting to reintroduce a character and a franchise to audiences that has been away for more than 12 years casting is crucial to have all elements click just right.

The story for “Jack Ryan: Shadow Recruit” is there, it just needed a few more tweaks and the right faces to play the parts. I was almost thinking what if Costner had taken the role of the villain and Branagh had maintained duties behind the camera that would have enhanced Pine’s performance in my opinion and the overall effectiveness of the picture.