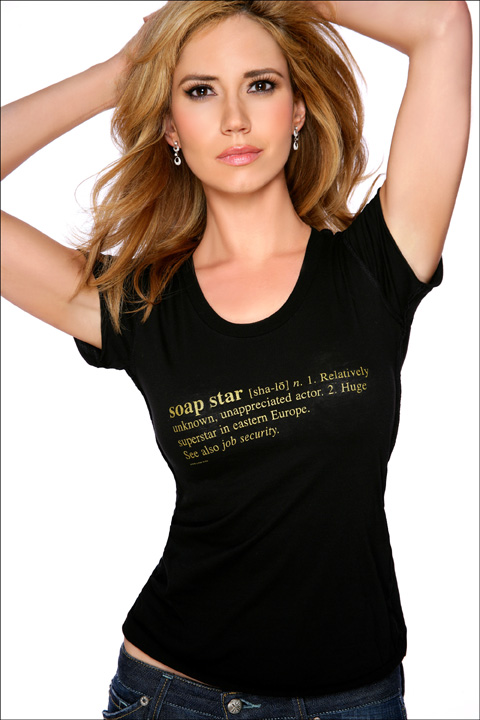 HOLLYWOOD—This week Ashley Jones, who portrays Bridget Forrester, and Heather Tom, who portrays Katie Logan Spencer, both showed viewers a new and dramatic turn on their usual quiet and unassuming characters. Jones especially had a lot of material to play, which was very well written, and she showed viewers and her peers why she’s deserving of the gold standard in acting. Heather Tom, an Emmy-winning actress, showed a more maternal side to Katie, one we’d not seen for a long time. It was all well done by two of television’s greatest actresses and biggest stars.

Ashley Jones has played the role of Bridget Forrester for several years on the hit show “The Bold and the Beautiful.” The beautiful star also won hearts and the praise of many viewers of HBO’s “True Blood” during the second season, when she played Daphne, the female shape shifter. Fans of that series still want her to return, and they should look at her superb work on “B&B” if they want to see a more exciting side to the beauty. This week, Bridget gave birth to a baby boy, Logan, named after her mother’s family.

It was amazing to watch Bridget become the protector, something she’s not had the need to do for many years. When Jackie cuddled Bridget’s son and called the baby, “My baby!” Viewers were stunned by the very brilliant performance by Jones. Bridget looked startled and even slightly envious of her former mother-in-law, who may be on her way to heartbreak. Bridget also got very good advice from her stepmother Stephanie to make sure she remembers, it’s her baby, not Jackie’s and then Stephanie offered Bridget the Forrester mansion guest house in Bel Air to stay with her new infant.

Heather Tom as Katie decided it was time that her husband become a father as well. Only problem is, Bill is not concerned with or interested in the chance to be a father to a grown son, who he just found out a week ago was actually his biological offspring. Katie believes that Liam needs Bill, and vice versa. It’s fascinating to see how Katie manages to get Bill Spencer to do the things he calls foolish and unnecessary.

Tom has a very warm manner when dealing with characters on the show who are related to her. Katie has now taken the place of her late mother, Beth, who died in the Forrester swimming pool earlier this year. Heather Tom has an Emmy for very good reason. This week, we saw why!