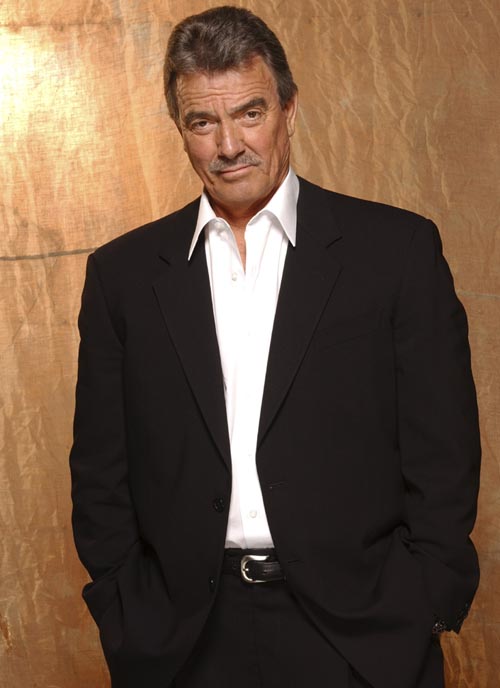 HOLLYWOOD—This week Maria Bell, who helms the most respected daytime drama “The Young and the Restless” made the most nostalgic yet dramatic storyline with the theme from the ’60s era sitcom “Father Knows Best.” Eric Braeden, who stars on the soap as the powerful billionaire Victor Newman, was the father figure in this dramatic storyline that was beautiful, poignant and ultimately tragic. Maria Bell knows how to weave the greatest stories together never making them boring or simple. This week’s incredible episodes included some of Eric Braeden’s best work in years. The handsome star who often graces the big screen and dominates the small screen played it all so very brilliantly. He showcased emotions such as anger, resentment and ultimately sorrow in a way that few actors could convey in such a short time period.

Eric Braeden’s Victor is dynamic and on top of the world, and he usually knows how to get what he wants in life. This week he was furious when he found out that his daughter, Victoria, was pregnant by Billy Abbott. Victor and the Abbott family have had an ongoing feud that has lasted more than three decades. A few deaths, a lot of pain, corporate takeovers, you name it, that’s what the Abbotts and Newmans have endured.

When Victor later found out that his daughter was not only pregnant but also planned to marry his arch nemesis’s (Jack Abbott) younger brother, he put a plan in motion to stop the wedding. Victoria and Billy have bought a home that is a replica of the famed house from the “Father Knows Best” TV series. In addition, Phyllis Newman has started a blog called “The Real Home-wreckers of Genoa City,” which has caused a lot of resentment between friends. However, Nikki Newman and Ashley Abbott were the only two family members who could quickly put aside their feelings to support Victoria and Billy’s decision to marry. They did their best to turn a bad day into the best it could be.

When Victor planned to stop his daughter’s wedding it ultimately blew up in his face, and the wedding went on. However, a tragedy occurred, which will leave every life in Genoa City in shambles. Eric Braeden played every scene with gusto. The man who starred in “The Man Who Came Back,” on the big screen, came pouring into our homes this week in highly emotional and incredibly well written and acted scenes.

Eric Braeden’s Emmy reel was made during this week’s episodes, and Maria Arena Bell can be cheated of her well-deserved Emmy no longer. There is no doubt in my mind that “Y&R” will remain the top rated daytime drama for the next 21 years, as long as the beautiful Bel Air resident Maria Bell is running things.

“Y&R” airs weekdays on CBS. Next week is even more shocking. Don’t miss it!