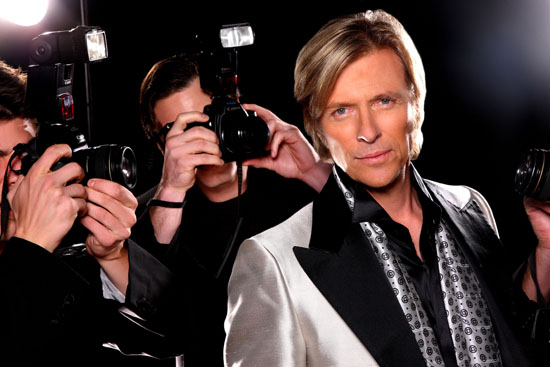 HOLLYWOOD—This week’s leading man gold standard goes to actor Jack Wagner, who portrays Nick Marone on the CBS mega hit drama “The Bold and the Beautiful.” “B&B” is again nominated for a dramatic series Emmy on Sunday night and it’s well deserved. Stars like Jack Wagner are partly the reason why the series is so good, but it’s Holmby Hills-based head writer and executive producer adds the Midas touch. Wagner’s portrayal of the angry cheated-on husband last week was sensational. Jack Wagner played his scenes with a level of perfection last week that made his normally outstanding performances even more astounding and superb.

Nick found out that his wife Bridget slept with his mother’s husband Owen. Not only did Nick find out that his wife committed adultery, but he also learned that Bridget’s baby is not his, but Owen’s. It was all too much to bear. Nick went storming into his mother’s home and proceeded to pound Owen into the floor. Bridget and Nick’s mother Jackie dragged him away from Owen only to receive a blistering tongue lashing like they have never heard before.

Bridget has always been a stand-up lady, unlike her mother Brooke Logan, who is the whore of Beverly Hills. Nick was shocked and Wagner played each emotional level with a great complexity rarely seen on any daytime genre. From shock, then pain, then to heated anger, the ultimate scenes were those where Nick told his wife that they could not get passed this. The shock and anger when Nick figured out that his mother knew about the indiscretion was played incredibly by Jack Wagner. The one person Nick could always count on was his mother, Jackie. She had kept a secret from Nick and he’s no where near forgiving anyone at this point, especially his younger stepfather. There is no pain like the pain a relative can inflict, and the once close knit Marone clan is forever damaged.

Nick may not be done pounding Owen down for this betrayal. Jack Wagner is an incredible asset to the entertainment world, and is one sure handsome and talented leading man.