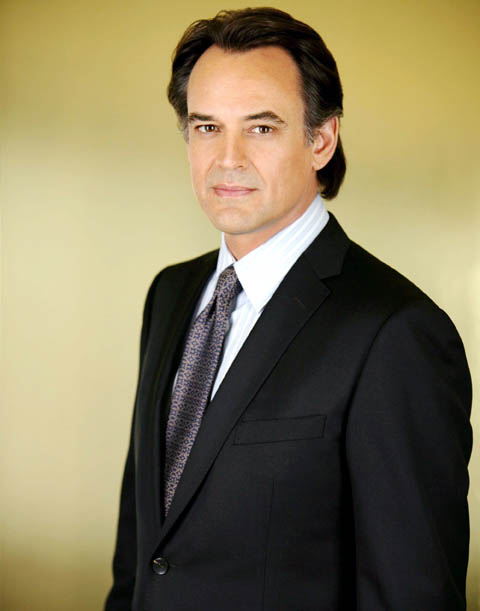 HOLLYWOOD —This week’s leading men gold standard goes to actor Patrick Duffy, who portrays Stephen Logan on CBS’s “The Bold and the Beautiful,” and Emmy-nominated actor Jon Lindstrom, who portrays Craig Montgomery on CBS’s “As The World Turns.” The two actors, who usually play very strong men, had to play characters Stephen and Craig a bit emotional and unstable this week. For two actors who are known to be very solid and stand-up guys in the industry, playing it over-the-top was exciting for viewers, and like real pros, they did so without any hesitation.

Stephen after decades of watching his family be abused by Stephanie Forrester learned that his daughter Donna was driven out of the Forrester Creations parking lot last week in the back of a pest exterminator’s truck. Though it was actually Pam, not Stephanie, who orchestrated the hilarious deed, it was Stephanie who took the brunt of Stephen’s anger this week when he unleashed years of pent up anger toward the Beverly Hills businesswoman.

Stephen still blames Stephanie for the death of his beloved wife Beth and after seeing his granddaughter Hope humiliated during a Forrester Creations press conference, the patriarch of the Logan family gave Stephanie a warning that he will destroy her and bring her down. The Logan sisters Brooke, Donna and Katie looked on in horror as they watched their father become more unstable than ever before. Duffy a consummate professional played the scenes with such emotion that it was draining just to watch.

Jon Lindstrom, who portrays devious Craig Montgomery, is trying to save himself from jail. Craig set the fire that caused major internal injuries to his son, Gabriel. Craig’s sister, Detective Margo Hughes, has decided to let Jack Snyder investigate the case since her brother is in such trouble. She’s also convinced her husband Tom Hughes to represent and try to save her brother Craig from prison. Lindstrom had scenes where he had to play rage, disgust, fear and even redemption. The fact that Craig set the fire without realizing his son was in the building was all over Lindstrom’s face this week.

Lindstrom and Duffy are creative geniuses who are undeniably daytime’s best. “ATWT” and “B&B” air weekdays on CBS.