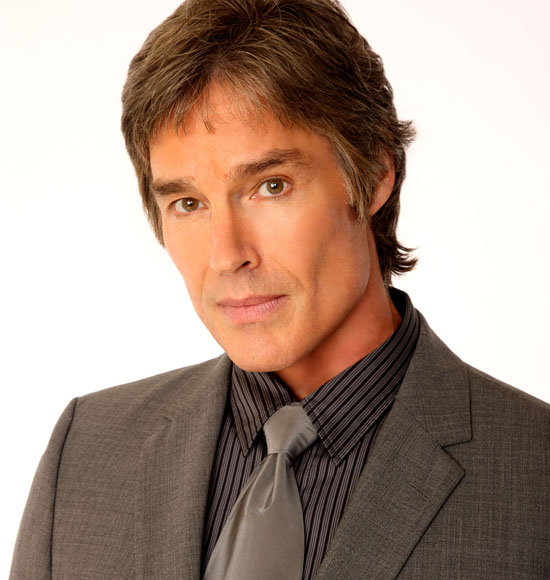 HOLLYWOOD—This week’s leading men gold standard goes to three of the most talented and handsome actors in television. Ronn Moss, who portrays Ridge Forrester; Don Diamont, who portrays Bill Spencer; and Rick Hearst, who portrays Whip Jones, are all stars from CBS’s mega hit series “The Bold and the Beautiful.” Each man amazed viewers this week, making “B&B” the most outstanding show of the week. All three actors portrayed characters, who felt they had been through enough, and they were not about to take anymore guff from their tormentors.

Ronn Moss’s Ridge has been in love with Brooke Logan for close to three decades. When the young vixen from the valley showed up at his Beverly Hills home 30 years ago to cater his engagement party to the socialite Caroline Spencer, his mother saw trouble ahead for the family. Brooke proceeded to fall in love with Ridge, then his father, later his brother and soon after that, his stepbrother. The woman who seems highly addicted to love shares a passion with Ridge that seems uncontrollable. However, this week when Ridge walked into a photo shoot between Brooke and his adult son Thomas, it was too much. Ronn Moss has made the role exciting all of these years, and this week it was even more exciting than ever. The man who portrays the ever-in-love macho fashion designer made great choices as an actor and won viewers all over again.

Don Diamont as Bill was incredibly entertaining this week. Bill has decided that his son Liam is too young to fall in love with just one girl. Sure, Hope Logan is a nice girl, despite being raised by her mother, Brooke, but Bill wants Liam to play the field and not get too serious with any girl at his age. Diamont’s one of the most gracious and endearing men on the planet, but his performance as the arrogant billionaire, who demands and gets what he wants, is infectious. Viewers can’t get enough of his character and we also can’t get enough of the man who plays dollar Bill. I loved how Don played his scenes all week with a touch of humor.

Rick Hearst has two Emmys under his belt. After this week as Whip, we’re ready to see him go for his third. Whip was making love to his beautiful wife Taylor when she yelled out her ex-husband’s name. If that wasn’t enough to kill the moment, later Taylor and Ridge were discussing her and Whip’s sex life and Whip walked in and the chemistry between them was too much for the PR wiz to handle. Rick Hearst is amazing as the conniving Whip Jones, who is planning to put a stop to the long-running love affair between his wife and her ex-husband.
These three handsome stars are a large part of “B&B’s” enormous success, with Bradley Bell making the most out of three of his most talented and handsome stars.