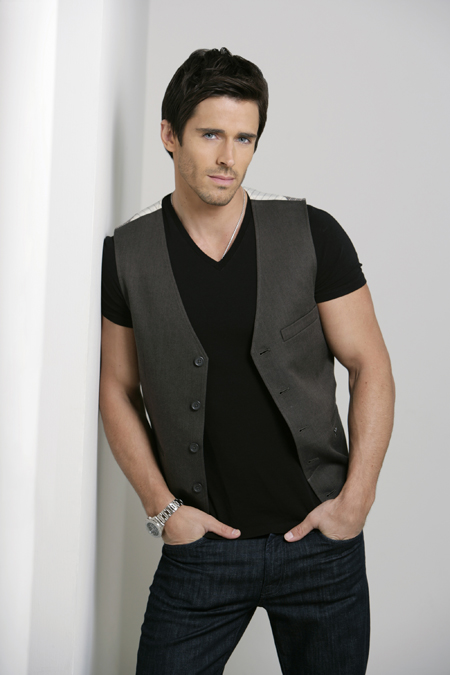 HOLLYWOOD —This week’s leading men gold standard goes to two “B&B” stars who showed two different sides of love and passion. Owen, played by Brandon Beemer, spent his week trying to deal with his betrayal of wife Jackie, and Whip, played by Rick Hearst, tried to convince Taylor the love of his life that he’s the man for her. Both men are exceptional actors and very handsome. However, they play roles that are multifaceted and Beemer’s Owen is not a cad or a bad guy, but he sure did a very awful thing. Whip is trying to help his cousin Aggie heal from heartbreak while falling deeper in love with Taylor.

Brandon Beemer is a superb actor on “The Bold and the Beautiful” and fans are excited to see a storyline for him. His character Owen Knight is the husband of beautiful Jackie Marone. However, two weeks ago, during Bridget Marone’s worst nightmare of losing a second child, Owen consoled his wife’s daughter-in-law also into bed. No one knows yet, except people who mean Bridget harm. Owen and Bridget work together with their spouses and Bridget and Owen are torn up emotionally about their betrayal of the people they love. The problem is exacerbated by the fact that they are related by marriage. Both know the secret they hold between them can’t be hidden forever and Owen’s torture of himself is palpable. Fans almost feel the guy’s pain, thanks to the brilliant actor who portrays him.

Beemer has really grown as an actor on “B&B’ playing all sorts of emotions and in so many varied storylines. I’d say Owen has come a long way since he showed up at Forrester Creations a few years ago trying to seduce Donna Logan Forrester. He’s now gotten himself in a lot of trouble. If Owen thinks his wife Jackie is going to be upset that he cheated on her, just add to that that he cheated with his son-in-law’s wife, who happens to also be his boss.

Rick Hearst, who portrays Whip Jones, and Hunter Tylo’s chemistry is magnificent. Hearst can and has played every emotion over the years of his distinguished career, from “Guiding Light” to “General Hospital.” The last time Hearst was on “B&B” several years ago, Brooke Logan was the woman of his desires. Now he’s in love with Brooke’s mortal enemy Taylor Hayes Forrester. Though this week, he showed Taylor and the “B&B” viewers just how romantic and in love he is. Whip is such a likable guy only because of his portrayer. Hearst is magnificently suited for the role and fans want to see Whip and Taylor find happiness. At least for a few months.
Hearst and Beemer can be seen on “B&B,” which airs weekdays on CBS.