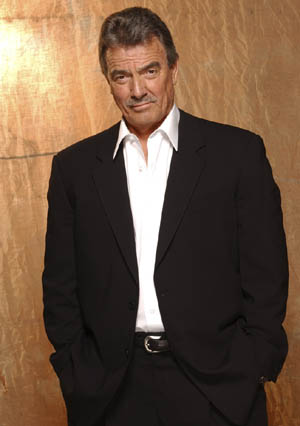 HOLLYWOOD —This week’s leading men gold standard goes to two actors from “The Young and the Restless” and one from “As The World Turns.” Eric Braeden who portrays “Y&R’s” Victor Newman, Christian LeBlanc who plays Michael Baldwin on “Y&R” and Grayson McCouch who portrays Dustin Donovan on “ATWT” are this week’s performers who did the most outstanding work. Eric Braeden’s Victor seems to be hiding a secret and may be a murderer, though fans would say he was justified if he did kill his son Adam. Christian LeBlanc as Michael faced the kidnapping of the woman he loves, Lauren who is being held in a cage by her tormentors and Grayson McCouch as Dusty is also keeping a secret, that of the person who attacked him. These three incredible actors are doing an amazing job playing a different side to their characters and quite well.

Eric Braeden as Victor started the week off at the masquerade ball in Genoa City when son Adam escaped the custody of authorities, then showed up at the GC Athletic Club to beg Sharon to take him back and not annul their marriage. Nicholas Newman quickly came to his ex-wife’s aid and chased his brother Adam off, only Adam ended up dead later in the basement of the club with a long list of suspects who could have done it. At the top of the list is his father Victor, who lost a child last year when Adam caused Ashley’s miscarriage. Victor is a man who will go to extremes to get even with his enemies and no enemy is currently as reviled by the billionaire mogul as his own son Adam. Braeden played the scenes perfectly this week, not letting anyone know whether it is or not Victor.

Maria Bell who helms “Y&R” can do it all. Just like the murder of Adam is on the front burner, so is the kidnapping of Lauren, which gives Christian LeBlanc who plays Lauren’s husband Michael a hell of a storyline. LeBlanc who is a multi-Emmy winner is on his way to yet another award. Michael went to court during the ball to ask for an emergency hearing so that he could get a restraining order against Ryder and Daisy, who are released on bail to keep them away from Lauren. What the handsome attorney didn’t realize was that the dastardly duo were at the masquerade ball and with the help of Sara, they kidnapped Lauren. Seeing LeBlanc’s incredible emotions this week while Michael searched for his wife, who he felt he let down was an incredible emotional ride on a show that is still number one rated after 21 years.

Chris Goutman’s reign on “ATWT” may be ending in the fall, though fans hope it will not. However, the passion in which the producer and director create such drama for the citizens of Oakdale is palpable. Grayson McCouch as Dusty has a secret. He must know who attacked him, but why is he keeping it so secret from the authorities? Dusty obviously has a plan and he’s not going to be deterred from his plan. Grayson is one of the best actors in this business and fans are standing by Dusty’s side and hope to see much more of the handsome blue-eyed thespian on the show that must keep going.

LeBlanc, Braeden and McCouch are this week’s gold standard. These three handsome and talented stars know how to bring us drama. “Y&R” and “ATWT” air weekdays on CBS.