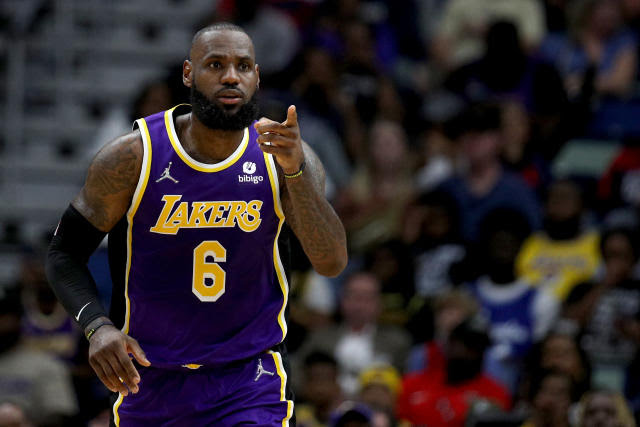 The deal keeps James under contract with Los Angeles through the 2024-25 season.

James’ extension is worth up to $111 million over two years based on salary cap rises, per sources.Furthermore, it seems highly probable the 37-year-old James will retire a Laker.

This is a very positive development for team morale as LeBron and management both postured throughout the Summer. Team management wanted assurances that King James wouldn’t bolt after 2023, and LeBron conversely wanting to know that the team would continue to improve.

James rejuvenated the struggling Purple and Gold becoming an LA Laker in 2018 in free agency and has averaged 27 points, 8.2 assists and eight rebounds in four seasons with the franchise. The 18-time All-Star has won four NBA titles in his 19-year professional career, including a championship with the Lakers in 2020 in the league’s bubble in Orlando.

Last season, the Los Angeles Lakers had a disappointing 33-49 record and failed to reach the playoffs. First, the veteran lineup was constantly bitten by the injury bug; James played a career low 56 games in 2021-2022. Not to mention how many games power forward Anthony Davis has missed in his tenure as a Laker.

As a result, the Lakers were unable to develop any chemistry or continuity on the court. Lakers new head coach Darvin Ham replaces Frank Vogel,and now many Laker fans and pundits believe Ham is a perfect fit for the Lakers.

He preaches defense, he will hold players accountable and his first priority is getting disgruntled guard Russell Westbrook to buy in to playing better defense, and sacrificing some of his offense.

The extension, which makes James the highest-earning player in NBA history with $532 million in career guaranteed money, surpassing Kevin Durant.

James, who turns 38 on Dec. 30, is limited to signing a two-year extension because he will be 38 or older when his current deal expires, a rule in the league’s collective bargaining agreement.

Despite all of the criticism, James had statistically an incredible year. In 56 games, he averaged 30.3 points, 8.2 rebounds and 6.2 assists.

News of James resigning with the Lakers was revealed only a few minutes prior to the release of the 2022-2023 NBA schedule.

LeBron James is poised to become the NBA’s All -Time leading scorer next year. He needs 1,325 points to break the Captains record-the Laker’s iconic center Kareem Abdul-Jabbar. Imagine the joy and excitement when LeBron breaks the record.

The baton will be passed from Kareem to the King barring injury. Lakers Nation collectively breathes a sigh of relief.