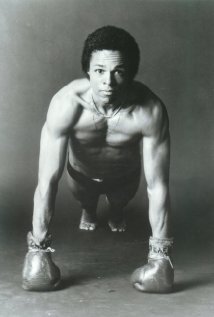 HELLO AMERICA!—I met Leon Isaac Kennedy when he and his wife Jayne Kennedy first arrived in Los Angeles.  They made it clear they were settling in to make things happen in their lives.  After all, Leon had been recognized as a radio personality in Ohio and Jayne had been chosen anOhio beauty queen. Their next move had to be Los Angeles!

Jayne rocked the town with her beauty and modeling talents, film acting assignments, the “Dean Martin Show” and finally a sportscaster.  Leon also took the town by storm as producer and actor of “Body and Soul” and his “Penitentiary” MGM distributed films.

Leon is also a partner in “Smokey Robinson Foods.”  He and the legendary singer have been close friends for years. Smokey was even Leon’s best man when he and Jayne married in 1970. He is also very excited about his work as a minister. “I get full enjoyment helping people who need help, advice and spiritual guidance. I understand the power in having faith and believing in something greater than ourselves,” said Leon Isaac Kennedy.

When Leon made his first stage appearance in the Pre-Broadway production “I Feel Sin Comin’ On” at the Saban Theatre in Beverly Hills, was for the audience a moment never to be forgotten. Leon’s performance as an alcoholic, abusive, angry father was powerfully overwhelming, compelling.

Leon believes his role in the play marks a new beginning in his life. “Even though I love filming, I must admit,” he offered, “that I have a passion to be close to an audience. There’s something about looking over the footlights and actually discovering how your performance is affecting people. It’s exciting to know that what you are doing is making people more in touch with who they are as human beings.  It’s another kind of ministry that makes a difference.”

“I Feel Sin Comin’ On” is in serious negotiations with backers at the moment and the anticipation of all involved is running extremely high. “It’s a play of hope,” Leon notes. “It makes you feel that anything is possible, if you do it with love.”