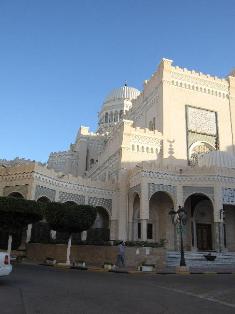 LYBIA—On March 13, Libya announced that it had seized the opposition-held town, al-Bregahad, from rebel gangs and mercenaries, making it a safe place to live again.

Libyan leader Moammar Gadhafi and his loyal forces have been working together to recapture towns since an uprising began in February.

However, while opposition leaders in Benghazi have fled al-Bregahad, they have referred to this move as a “tactical retreat,” according to a press release.

Libya’s military has moved in on key oil ports such as Ras Lanuf, as well as oil rich towns like Bin Jawad, as a measure of retaking valuable territory from the opposition forces.

Additionally, the National Oil Corporation of Libya has urged other nations that its ports are safe, and that exporting should continue as usual.

Gadhafi has repeatedly suggested that al Qaida is responsible for the country’s unrest, blaming the nation’s leader, Abu Yahya al-Libi, for this rebellion in Libya that has become a civil war.

The Arab League voted on March 12 to make Libya a no-fly zone, which has created tension with the Libyan Foreign Ministry, who believes this act would be both unnecessary and a violation of its charter.

Also on March 12, an Al-Jazeera news photographer was killed in an ambush near Benghazi, becoming the first journalist to be killed in the country since the onset of the civil war.

Ali Hassan al Jaber was returning to Benghazi, which is overrun by the opposition party, from a nearby town where he had been reporting, when his car was shot at by unknown forces. Jaber and another passenger were wounded, but Jaber did not survive after being rushed to the hospital.

The no-fly zone would act as a preventative measure to protect civilians, and if imposed, would have to be immediately removed following the end of war. The Arab League also called for immediate humanitarian assistance, as well as an end to the violence in Libya.

The United States government supports the Arab League’s decision and has sided with the opposition forces in Libya.

“Survivor” Recap: ‘War Is Not Pretty’

Does A Medicare Supplement Have A PPO Network?