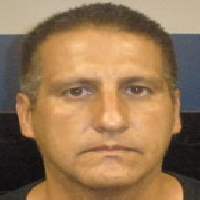 NORTH HOLLYWOOD—A North Hollywood attorney licensed with the State of California Bar Association was arrested Tuesday, August 17, for the felony attempted sexual exploitation of a minor. Eduardo Brito Leaton, 39, was apprehended after a sting operation conducted by the Los Angeles Police Department’s Juvenile Division and Internet Crimes Against Children Unit, as well as with assistance from Immigration Customs Enforcement, Child Exploitation Group.

On the morning of August 17, around 8:50 a.m., Leaton was arrested by the Juvenile Division in his North Hollywood home “without incident,” according to an LAPD press release, after exchanging sexually explicit e-mails with an undercover police officer posing as a 16-year-old female from Georgia. Leaton had reportedly been in contact with the same minor for over three years, or since the victim was 13 years old. During the period in which he exchanged e-mails with the supposed 16-year-old minor, Leaton “coordinated a meeting for the purpose of having sex with the minor.”

The incriminating e-mails provided Los Angeles Police divisions with sufficient evidence for an arrest, and upon Leaton’s arrival Monday morning to the meeting location arranged with the undercover officer, he was taken into police custody.  Leaton was later booked at the 77th Street LAPD jail at 10:11 a.m. and is currently being held on $255,000 bail.

Immediately following his arrest, police traveled to Leaton’s home in North Hollywood with a granted search warrant and “recovered numerous items of evidence.” Police searched Leaton’s personal computer and found him to be actively engaged in multiple chats and e-mails with hundreds of “friends.” The discovered conversations are believed to be with “under-aged females,” according to the LAPD. Leaton is scheduled to appear in court at 8:30 a.m. on Wednesday, September 1, at the Los Angeles Municipal Court Division 30, located at 210 W. Temple St.

In a statement from the LAPD Internet Crimes Against Children Unit, the ICAC states that they wish “to remind parents and caregivers to be vigilant in monitoring the computer use of children in their care.  There are those in society who will use every means available to prey on the youth and innocence of children.  Social networking websites [Facebook, Twitter, FourSquare] have become popular among school-age children and predators alike.”

LAPD reports that the investigation is still ongoing, and anyone with information regarding this crime or information regarding possible additional victims is asked to contact the LAPD’s ICAC Unit Officer in Charge, Lieutenant Andrea Grossman, at 562-624-4028.  Anyone wishing to remain anonymous should call Crimestoppers at 1-800-222-TIPS (1-800-222-8477).  Tipsters may also contact Crimestoppers by texting to phone number 274637 (C-R-I-M-E-S on most keypads) with a cell phone.  All text messages should begin with the letters “LAPD.” Tipsters may also go to LAPDOnline.org, click on “webtips” and follow the prompts.