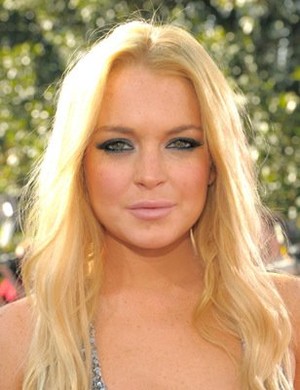 BEVERLY HILLS—Actress Lindsay Lohan was sentenced to 90 days in jail after her court hearing on Tuesday, July 6, where Superior Court Judge Marsha Revel found the actress to be in violation of her probation stemming from her 2007 run-in with the law.  She is also expected to attend a 90-day substance abuse program as well.  The actress was in shock and wept as she whispered to her attorney Shawn Chapman Holley as the judge made her ruling, finding the actress in violation of her probation for not attending the alcohol education classes she was mandated to attend.

“I was tired of reading how she basically comes and goes as she feels like.  There has been a history of this ongoing and a number of excuses and we went over that before, so when it came back I made it very clear once a week, not two to three times a week because it’s been my understanding that you get the most out of the program by going once a week and there would be no excuses; she had to go once a week,” said Judge Marsha Revel.

The judge indicated in court she was going to have the actress surrender that same day, but the actress is now expected to turn herself in to the court by July 20 at 8:30 a.m.  She will still be required to wear the alcohol bracelet until that time.  Lohan tearfully addressed the court after hearing the ruling.

“In terms of going more than once in a week I know I was ordered to go once a week and I wasn’t missing the classes to hang out or do anything like that I was working most of the time. In the Morocco trip I was working with children,” said Lindsay Lohan.

Lohan’s probation stems from two 2007 run-ins the actress had with the law.  In May 2007, she crashed her vehicle onto a curb in Beverly Hills where officers discovered a small amount of cocaine in the vehicle. The starlet was arrested for driving under the influence and charged with a misdemeanor.  In July 2007, the actress had another run-in with police after getting into a heated argument with her former assistant.  She had chased the mother of her assistant in her white Denali SUV.  Her vehicle eventually stopped at theSanta Monica police station on Main Street.  After failing several field sobriety tests she was taken into custody.  Lohan was booked on felony possession of cocaine and a misdemeanor charge for driving under the influence and driving with a suspended license. The actress later checked herself into a rehab facility in Utah for treatment.

She pleaded guilty to both charges of driving under the influence of a controlled substance and was forced to spend 84 minutes in jail in November 2007, and got released early because of overcrowding.  In March 2009, an arrest warrant was issued for the actress after confusion regarding the terms of her probation, but it was later cleared up in court.  Recently Lohan was served with another arrest warrant in May 2010, after she missed a court hearing while working overseas at the Cannes Film Festival and she was forced to wear an alcohol monitor bracelet.

Deputy District Attorney Danette Myers originally wanted Lohan to spend 30 days in jail for violating her probation after her alcohol monitor bracelet went off during an MTV Movie Awards party in June 2010.  The actress denies the claim that she was drinking, but Meyers stated in court that she had witnesses who could prove the actress did indeed consume alcohol.

Lindsay’s career exploded after she starred in the 1998 remake “The Parent Trap,” with Dennis Quaid and Natasha Richardson.  She had a box-office hit with “Freaky Friday” alongside Jamie Lee Curtis.  She later starred along with Meryl Streep and others in the drama “A Prairie Home Companion.”  She received rave reviews for her performance in the 2004 hit “Mean Girls” starring SNL alum Tina Fey.  Since Lohan’s 2007 run-in with the law, her career has taken a downturn.  She had minimal success with the 2007 thriller “I Know Who Killed Me,” and her 2009 film “Labor Pains” was expected to arrive in theaters, but instead arrived on home video.  She is expected to portray porn star Linda Lovelace in the film “Inferno” expected in theaters sometime in 2010.

What Relaxes Your Mind

“Brahms: The Boy II” Is A Waste