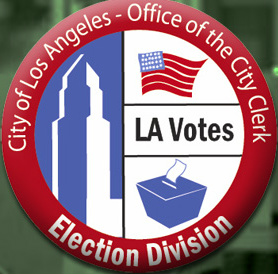 LOS ANGELES—On Tuesday, January 3, the Los Angeles city clerk told the city council that about one-third of all neighborhood councils, 29 out of 95, have responded to a survey from her office that aims to gauge their opinions on alternative methods for electing new members. This is in the wake of no money being budgeted by the city for their elections for the 2012 cycle.

City Clerk June Lagmay said that her office staff has been making personal calls to these councils and has provided them with several reminders about the January 6 deadline to turn in the survey. She said that even after they are turned in, it will take more time to correctly and analytically present results to the city council. Twelfth District Councilmember Mitchell Englander had wanted to hear this feedback before making any decision about the future of the election process.

Nine neighborhood councils representing Canyon News’s coverage areas would have by now been sent the survey. Orrin Feldman, vice president of the Hollywood Hills West Neighborhood Council (HHWNC), told Canyon News that the local governing body took up the survey in November 2011 and has since mailed it to the city clerk’s office. As has the the Woodland Hills Warner Center Neighborhood Council, said Scott Silverstein, chair of the council.

Though recent city council action precludes the possibility of postponing their elections until 2014 as proposed by the city attorney, the survey asks whether members would still be willing to consider this option. If not, members are asked to what extent they would be willing to fund an election and who they would prefer run it. Choices include the neighborhood council itself via a town hall process, the city clerk’s office, the Department of Neighborhood Empowerment (DONE), an independent administrator or a hybrid of these options.

The town hall option would entail members giving a show of hands, signing or submitting secret ballots. In its analysis, the clerk’s office indicated that although this process would be more open for members, to the media and cost-effective, it could become problematic as a result of language barriers, public confrontations and member intimidation.

Other options presented in the survey include voting via mail, Internet or phone. Though the clerk’s office indicates that the benefits of these options are equally balanced by concerns of security and of members not providing full information.

According to the analysis, the option of hiring an independent administrator to run the elections with city supervision entails more potential benefits than problems including a low cost that could run as high as $5,000. The total price tag for 95 neighborhood council elections would be less than the $1.3 million spent in 2010. Feldman said that this is the option most preferred by the HHWNC.

“We (Woodland Hills NC) support the elections being given to DONE by the City Clerk, although we are somewhat skeptical as to DONE’s ability to support and regulate the elections based on their significantly reduced staffing,” Silverstein said.