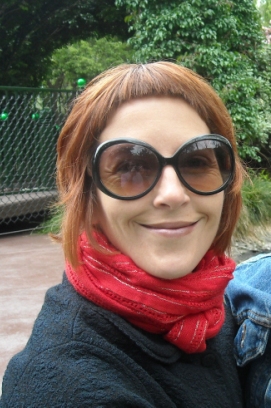 Features include architecturally diverse historic venues in several West Adams neighborhoods, all showcasing works by professional and emerging local fine artists who work in a variety of media and genres, from traditional to cutting-edge contemporary. They include: Linda Frost, Donald Ferguson, Jenny Hager, Joan Tucker, Paul Papanek and Tolanna (Georgia Toliver). All of the participating artists live and/or work in the Historic West Adams area. The self-guided driving tour includes both turn-of-the-century and post-WWI residences, including Craftsman bungalows and Spanish villas, artists’ studios and other historic structures.

While the historic and architecturally impressive residences of Historic West Adams are quite well known, fewer people are aware that inside, creativity abounds. Dozens of established and emerging artists work and/or live in West Adams. On Saturday, March 26, the public will be able to experience not only the homes but also artists who create artworks within their walls, when West Adams Heritage Association (WAHA) presents the second annual Art in Historic Places Tour, “Celebrate the Arts ”“ Artists of West Adams.”

Jenny Hager will present her recent paintings at her Arlington Heights Arts and Crafts home and expansive studio. She received her Bachelor of Arts from Knox College, Galesburg, Ill., and her Master of Fine Arts from the University of Pennsylvania in 1999. She also studied at the New York Studio School of Drawing, Painting, and Sculpture from 1994 to 1996. She has exhibited nationally and internationally. Hager was a recipient of the Joan Mitchell Foundation award in 1999, and received a second grant from the foundation in 2005. She is currently on the faculty of Santa Monica College.

Tickets: General admission $30, paid online after March 19 and/or at the door on day of tour. The last day-of-tour ticket will be sold at 1 p.m.; tour properties close at 4 p.m. Advance early bird tickets, paid no later than March 19, are $25 (postmarked by March 15). This is a self-guided, driving tour; allow three-plus hours. Additional information: 323-732-4223 ortours@WestAdamsHeritage.org or WestAdamsHeritage.org.

The tour benefits West Adams Heritage Association (WAHA), a nonprofit organization founded in 1983 to support preservation of the community’s architectural and cultural heritage.