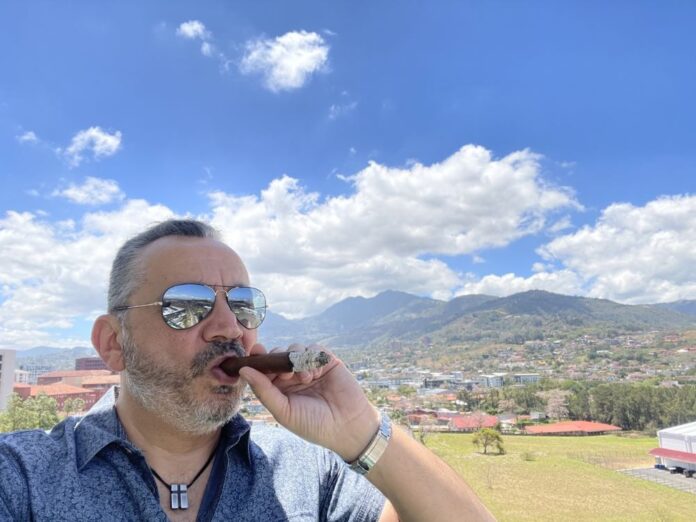 UNITED STATES—Johnny Mansour fell in love with cigars while in his mid-20’s and dreamt that one day he would create his own line of cigar blends.  He had smoked all kinds of cigars at varying price levels until he finally decided he would only smoke premium cigars, which meant his cigar budget would need to expand dramatically. After all, going from a couple dollars to more than $60 dollars per stick can have a profound impact on the wallet.

Segue to today and Mansour’s investment in smoking high quality cigars exclusively has paid off.  In addition to being recognized nationally as a cigar guru, Johnny is also the owner of one of the most select cigar clubs In Los Angeles where like-minded cigar lovers unite 24/7 to relax, network, and enjoy their various cigars.

But through the years, Mansour never lost sight of his dream.

In time for the New Year, Johnny Mansour launched Stixx Cigars and established a website (www.houseofstixx.com) where he sells his line of cigars directly to the public.  The reason for going direct is simple.  “I always felt there had to be a way for the cigar smoking community to enjoy the high-quality cigars at lower prices.  The way to do that is avoid the middlemen such as wholesalers, distributors and retailers along with their corresponding mark-up’s and bring the savings to the cigar smoker,” says Mansour.

As a result, Johnny’s Stixx Cigars are offered at unheard of prices for ultra-premium cigars and his model is already having a profound impact on the cigar smoking community.  “Word is getting out – and orders are coming in,” says Mansour.

To create his own cigar blends, Johnny traveled to the cigar farming meccas of Latin America where he sampled scores of cigars to find the right master blender.  Then one day he actually sampled a cigar he liked even better than his favorite Cuban cigars – and immediately went to work to perfect a set of ultimate premium cigars based on his own blends.

Behind the making of STIXX cigars are specially cultivated seeds planted on meticulously cared for soil harvested in cycles to assure soil time recovery and optimize nutrients and followed by a harvesting process completely done by hand to avoid pesticides or chemicals of any kind.  The result is a variety of ten cigars long filled with the finest quality aged tobacco leaves and maintained in optimal humidity for the freshest, most flavorful, coolest and smoothest smoke possible.

Cigars of this superiority and consistency would typically average from $40 to $100 dollars at retail – but cigar lovers everywhere can savor the high quality STIXX Cigars without the high price tag.

“What must go into a premium cigar are such factors the construction of the cigar, location where the fields are harvested, how often the fields are harvested, weather conditions during harvesting, humidity level during the entire process, temperature during storage and long filler vs. short.  But what does not have to go into a high-quality cigar are high prices,” said Mansour.

“We monitor every aspect of its manufacturing process to produce a cigar that’s bold without being overpowering, and properly blended to maximize flavor and aroma and reduce harshness.  Once you try STIXX, I am confident you will agree with me – premium cigars don’t have to have premium prices,” says Johnny.