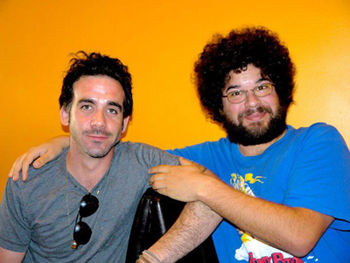 LOS ANGELES—Two collisions involving an intoxicated driver in Hollywood on the morning of Tuesday, January, has left Los Angeles comedian Angelo Bowers dead.  According to a Los Angeles Police Department news release, it was the second collision at the intersection of Hollywood Boulevard and Argyle Avenue where Bowers, who was a passenger in a Jeep Wrangler, suffered fatal injuries after his vehicle was struck by the alcohol-impaired driver.

Both collisions occurred within minutes of each other beginning at 12:40 a.m. when the 21-year-old man driving under the influence of alcohol was involved in a hit and run crash when his 2010 Toyota Matrix struck a 2005 Ford Crown Victoria Taxicab.  The second collision occurred fiive minutes later when the driver ran into the 1995 Jeep that was northbound on Vine Street at Yucca Street.

The drivers (including Bowers in the Jeep) suffered serious injuries and all three were transported to a local hospital for treatment of their injuries. Bowers, a native of Modesto, CA., succumbed to his injuries several hours later. He was 26. The driver of the Toyota is expected to be booked for murder once his medical condition improves.

Several Los Angeles-based comedians paid tribute to Bowers on Twitter.  Comedian Sarah Tiana had this to say: “This might be one of the worst days of my life. RIP Angelo Bowers.” Stephen J. Glickman had the following to say about Bowers: “Sad to say one of my best friends and brilliant comedian Angelo Bowers was killed today by a drunk driver. I’m so sad to lose my friend.”  Dane Cook also tweeted about Bowers: “RIP Angelo Bowers & prayers for Josh Adam Meyers. It’s horrible to hear this news.”

Josh Meyers, also a comedian, was the driver in the Jeep with Bowers at the time of the accident and was listed in critical condition. A donation fund to help Meyers pay for his upcoming medical bills has been setup at www.donateforjosh.com

Anyone with further information about these accidents is asked to contact Officer Zachary Hutchings of the West Traffic Division at (213) 473-0234. During non-business hours or on weekends, calls should be directed to (877) 527-3247. Anyone wishing to remain anonymous should call Crimestoppers at (800) 222-8477. Tipsters may also contact Crimestoppers by texting to phone number 274637 (C-R-I-M-E-S on most keypads) with a cell phone.  All text messages should begin with the letters “LAPD.”  Tipsters may also go to LAPDOnline.org, click on “Webtips” and follow the instructions.

“HAHN” Recap: ‘Power Of The Purse’

“Filthy Rich” Has An Epic End!