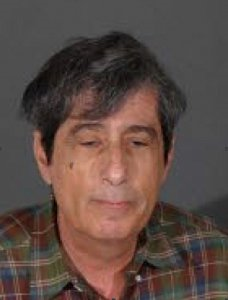 The Encino doctor has been practicing internal medicine in the area since 1977, his alleged crimes occurring between 2001 and 2016. Due to the span of his practice and allegations against him, investigators from the Los Angeles Police Department suspect additional victims are out there who have not yet come forward.

According to the LAPD, Popkin was charged with one count of sexual exploitation and three counts of sexual battery. He was arrested on December 5 and released on a $65,000 bail the following day. He is expected to return to court on December 30.

“I recognize the difficulty for many sex crimes victims reluctant to report what happened to them, especially if the perpetrator is in a position of trust, like a doctor, and a respected member of the community,” said Detective Ninette Toosbuy from the LAPD Officer-in-Charge of the West Valley Sex Crimes Unit during a press conference.

The doctor’s medical license has not been revoked or suspended, and he is still able to practice medicine during the investigation.

“It is our hope to identify any other victims who have been sexually assaulted by Dr. Popkin,” added Detective Toosbuy.

Anyone with additional information relating to the on-going investigation are urged to contact the LAPD at (818) 374-7714 or (818) 374-7718. Anyone wishing to remain anonymous should call the LA Regional Crime Stoppers at 1-800-222-TIPS (800-222-8477) or go directly to www.lacrimestoppers.org. Tipsters may also visit www.lapdonline.org, and click on “Anonymous Web Tips” under the “Get Involved-Crime Stoppers” menu to submit an online tip. Lastly, tipsters may also download the “P3 Tips” mobile application and select the LA Regional Crime Stoppers as their local program.