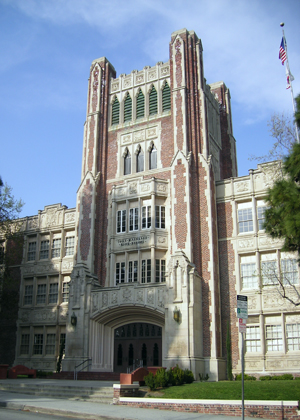 LOS FELIZ—Los Feliz is a region in the Hollywood district, and in the 1800s it was an agricultural area with large rancheros. In the 1900s the film industry moved in and the region became more residential. Today, the buildings that remain from the 1900s contain both Victorian and Craftsman elements, which reflect the culture of that era.

In 2008, residents decided to petition an area for Historic Preservation Overlay Zone (HPOZ) status. The area that was chosen is bounded by Franklin Avenue on the south, Foothill Drive on the north, Saint Andrews Place on the east and Canyon Drive on the west. The City Planning Report explains that this status helps to “continue to protect historic and cultural sites and/or resources potentially affected by proposed land development, demolition, or property modification activities.” To protect these sites there are restrictions to the alterations homeowners can make to structures, and new construction needs to match the existing style of the buildings deemed historic. Along with these restrictions are incentives such as property tax abatement through the Mills Act and rehabilitation tax credits from the Federal Government.

The process of petitioning for an HPOZ status is long, and the first step is conducting a survey and researching the area. Volunteers in the community helped with photographs, architectural descriptions, architectural alterations and historical research. The survey identifies “contributing” and “non-contributing” buildings, which factor into HPOZ approval. Contributing buildings are historic while non-contributing buildings include apartments or a historic house that has been modified with materials such as stucco.

In the Los Feliz/Hollywood Grove area, there were 138 parcels (two vacant lots), 78 percent were identified as contributing and 20 percent as non-contributing. As Edgar Garcia explained, “Through the efforts of residents (they) were able to pull together support and petition it as HPOZ to start the process.”

After the survey, a petition was sent to the City Planning Commission. On Thursday, March 10, the petition was approved by the commission; however, it still needs to go through the Planning and Land Use committee before the City Council can make it official.