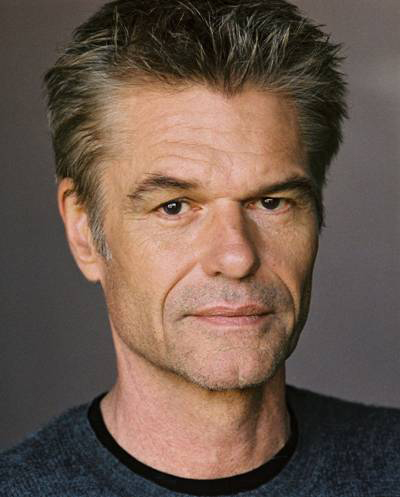 HOLLYWOOD —Harry Hamlin, veteran of stage and screen, will be playing the role of Sean Flynn, the hard-boiled Irishman whose daughter develops a hickey in the shape of Jesus, in the world premiere of Luke Yankee’s comedy, “The Jesus Hickey,” which begins previews at The Skylight Theatre in Los Angeles on June 4, produced by Gary
Grossman for the Katselas Theatre Company.

Hamlin starred as Perseus in the original 1981 cult classic, “Clash of the Titans,” with Lawrence Olivier, as well as in the ground-breaking and controversial 1982 feature, “Making Love.” He received three consecutive Golden Globe nominations for his role as attorney Michael Kuzak on Steven Bochco’s Emmy-winning smash hit, “L.A. Law.” More recently, he portrayed the debonair yet troubled actor Aaron Echolls on the critically acclaimed CW hit “Veronica Mars.” Hamlin’s stage credits include Alan Strang, (the boy) in the American Conservatory Theatre production of “EQUUS,” Hamlet in the McCarter Theatre production of “Hamlet,” Faust in the McCarter production of “Faustus In Hell,” Moe Axelrod in the Broadway revival of Clifford Odets’s “Awake and Sing” at The Circle in the Square Theatre, Henry V in the Folger Shakespeare Theatre production of Shakespeare’s “Henry V,” and Dr. John Buchanan in the Broadway revival of Tennessee William’s “Summer and Smoke” at the Roundabout Theatre. Mr. Hamlin earned a BA in Drama from Yale University and an MFA in acting from The American Conservatory Theatre’s Advanced Training Program in San Francisco.

This modern day fable about the seduction of celebrity funneled through the window of religious fanaticism is funny, bawdy, outrageous and touching. The life of an impoverished Irish family is irrevocably changed when the daughter goes down to the embankment with a young man. Though she’s been warned repeatedly about what happens to girls who do, no one could have foretold what could happen when the love bite on her neck appears in the image of Christ.

Luke Yankee has recently adapted this award winning play into a screenplay which is currently under consideration by several production companies.

Previews begin on Friday, June 4. It opens on Saturday, June 12, then runs Friday and Saturday nights at 8 p.m. and Sunday matinees at 2 p.m. at the Skylight Theatre, 1816 North Vermont Avenue (Just south of Franklin Avenue) in Hollywood. Tickets are: $25/$15