MELROSE—The eco-friendly furniture store Cisco Home on Melrose closed earlier this year, yet hundreds of Instagram-seekers continue to flock to its former façade to photograph themselves in front of the “MADE IN LA” mural. The mural was recently given a makeover  by contemporary artist “HiJack” – who keeps his identity private — turning the mural into a political statement with the phrase “Immigrants MADE LA.”

According to HiJack’s website, he is known for ¨distinctive artworks tucked away throughout the streets of Los Angeles. Political commentary and humor pepper his art. 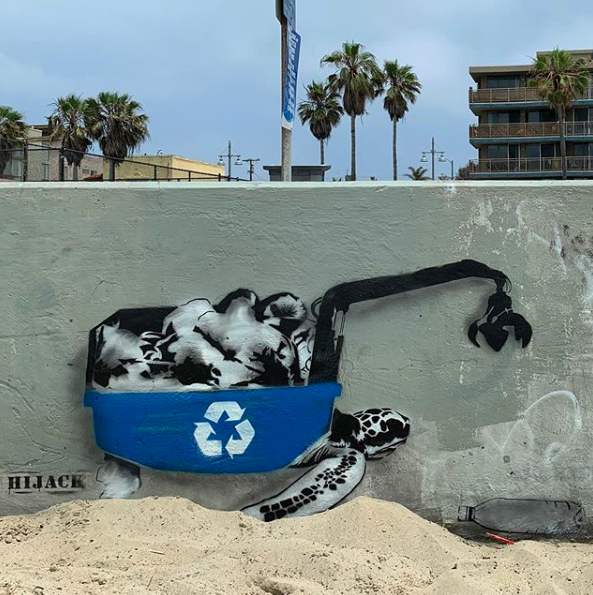 On his Instagram channel, , HiJack snapped a picture of his artwork and captioned it “In a time when the public discourse is tainted with an anti-immigrant sentiment. We need to remind ourselves of what we are composed of as a city and more broadly as a nation.”

According to the Center for the Study of Immigrant Integration of the University of Southern California, statistics show that the immigrant share of Los Angeles County’s population is near its highest point since 1870 – nearly 3.5 million immigrants, comprise of 35 percent of the population; the largest number of any region. About 77 percent of all immigrants arrived after 1980, with 20 percent arriving in the last decade.

Hundreds of Instagrammers have praised the mural’s redesign on HiJack’s Instagram and others have visited the destination in Melrose. To check out the mural visit 8025 Melrose Avenue in Los Angeles, CA 90046.