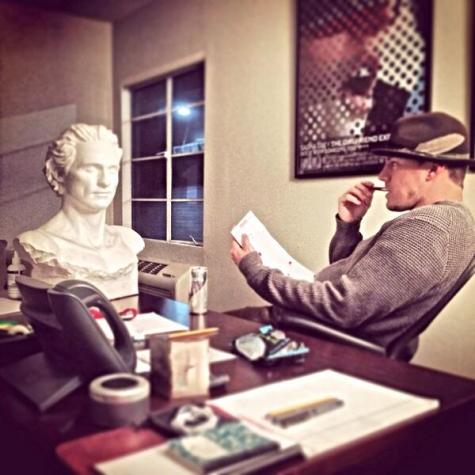 HOLLYWOOD—There were some major news announced on Monday in theHollywood world, as Channing Tatum confirmed to the countless female fans of “Magic Mike” that a sequel is in the works. The 2012 stripper tale starring Tatum, Alex Pettyfer, Matt Bomer and Matthew McConaughey did big business at the box-office to the tune of $113 million domestically.

Tatum confirmed the news via a tweet and photo he sent from his Twitter account.  “What better way to start writing #MagicMike2 than with my old friend Dallas? #runatribe” The picture depicts the actor staring at a sculpture of his pal Dallas, with a script in hand.

An official release date for the film has not been announced, but this recent develop of news indicates that a sequel should be expected in theaters soon. The bigger question is rather the entire cast is set to return for the scandalous stripper tale. The actor has two pictures hitting theaters this summer, the sequel to “ 21 Jump Street,” “ 22 Jump Street” and the sci-fi thriller “Jupiter Ascending.”

Los Angeles Marathon Rescheduled For May